October 02, 2013
I had been intending to take my sketchbook down to the Thames shoreline in my lunch hour throughout the summer, when I finally did at the end of September, my sketchbook didn't leave my bag. Instead, my bag started to fill up with shards of pottery and glass spread out along the sand. Its remarkable how many pieces are thrown up by the tides twice daily. 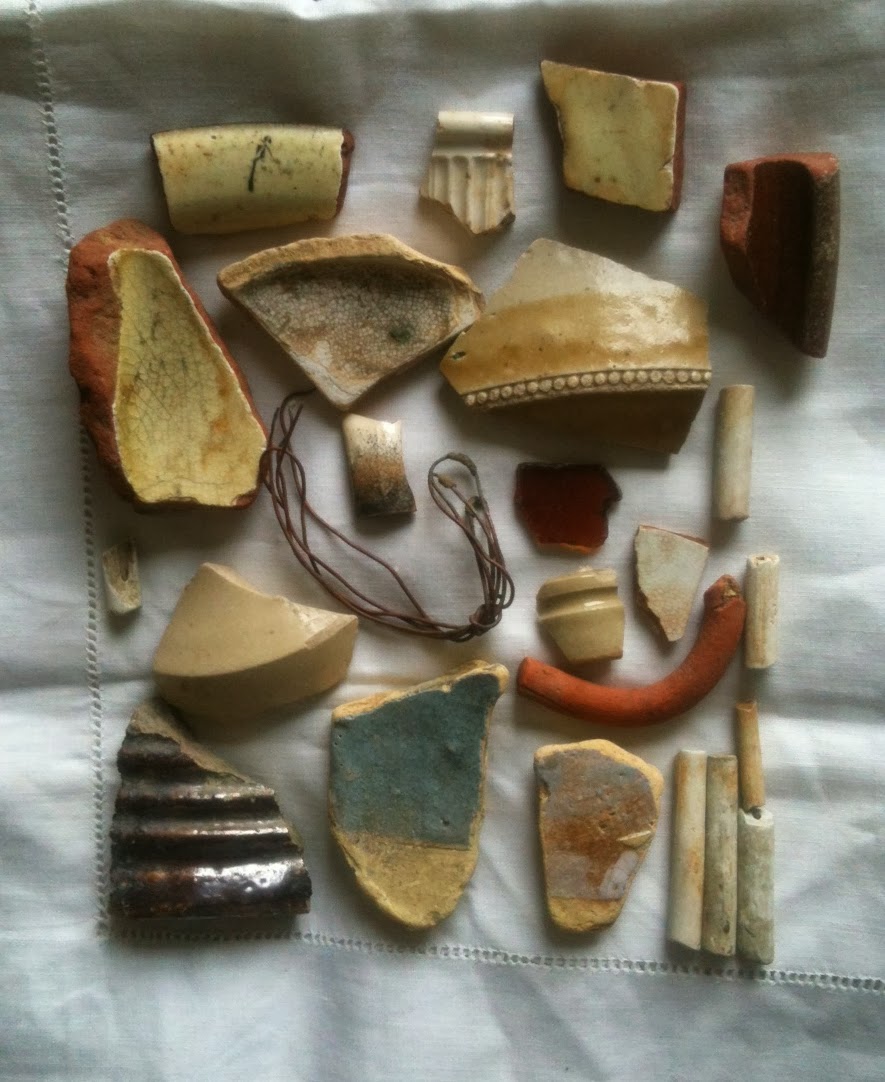 Its surreal to be one moment in the midst of London and the next, your feet sliding on pebbles, the river breaking in waves, and completely blissfully alone. Even going down onto the beach feels like something furtive, hoping no one will catch you. It's a secret that the Thames shoreline isn't actually littered with poo, syringes and condoms.  I was surprised that it was actually quite sandy. The act of searching for treasures hidden among the pebbles is meditative and absorbing in itself, as well as constantly rewarding. 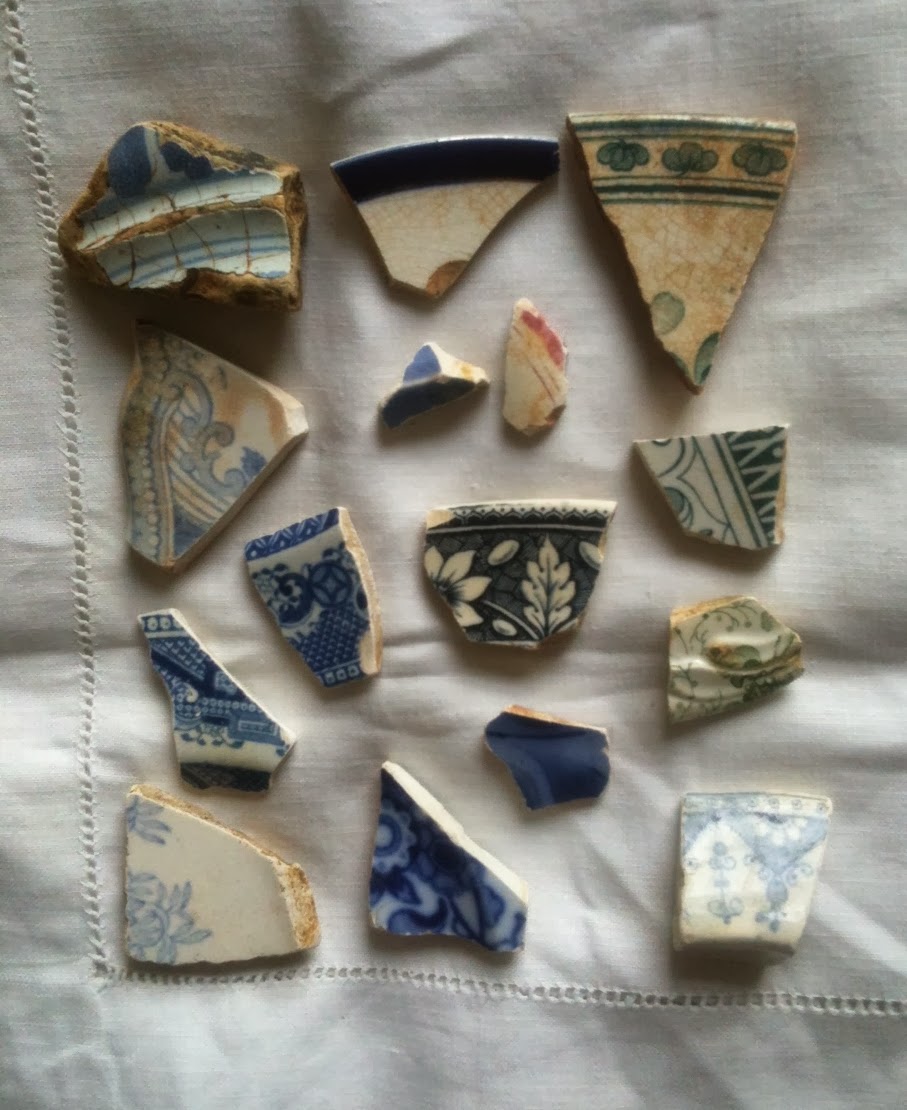 The ceramicist in me swoons over the rich terracotta pipe fragments, the shinning blue shards of old plates, the rusty crackled glaze of once white crockery. From delicate floral pieces to heavy clay jugs and jars, each piece is broken down to being a curve or a corner, a smooth sweep and a sudden jagged edge - sculpted by the river and rolled through years of muddy tides, offered up and quickly swept back.  Many mud larkers blog about what they find and seem able to identify what period their fragments date from and what whole object they were once a part of; http://mudlarking.blogspot.co.uk/ is a particularly good one. 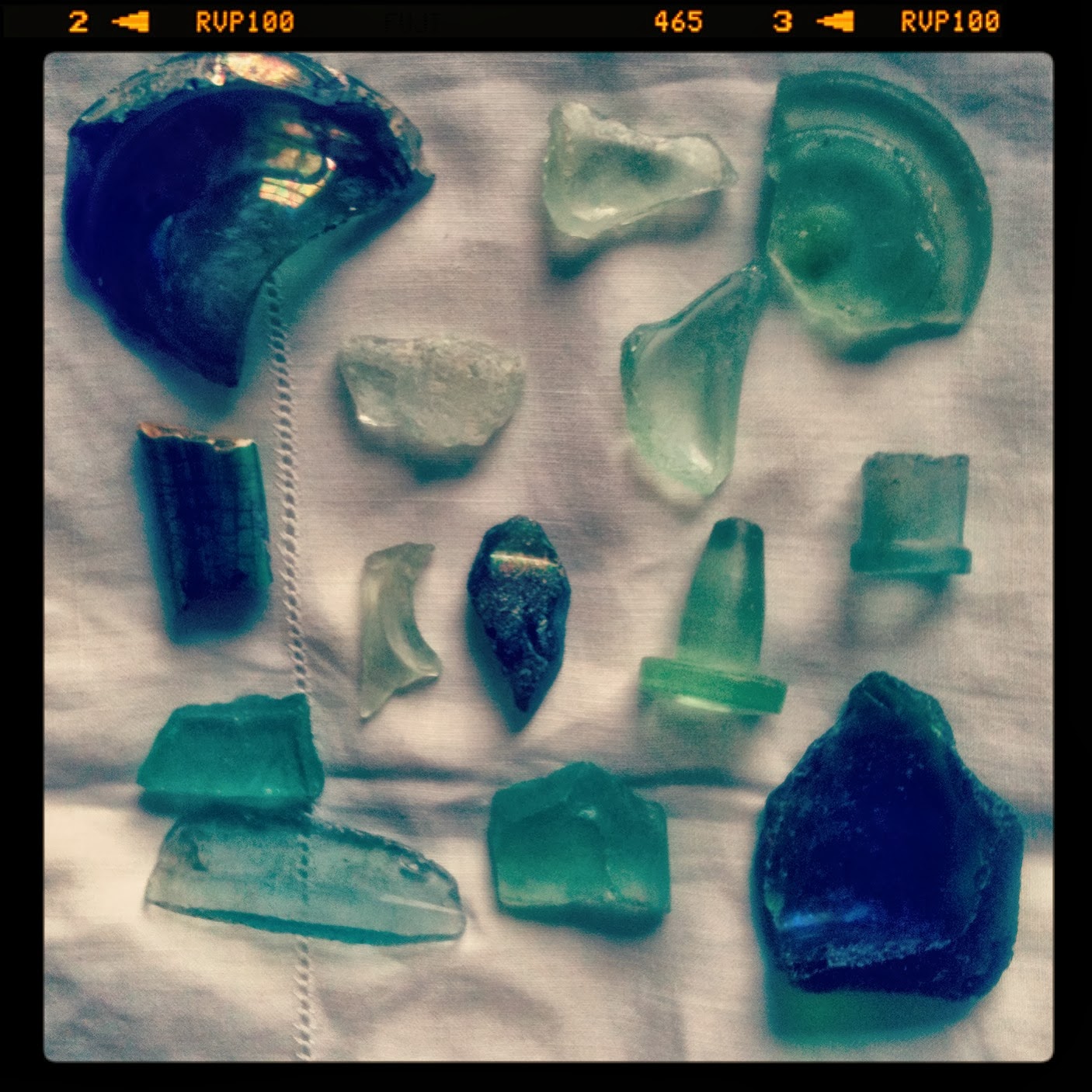 There is so much more to find than at the seaside, because the Thames has been a dumping ground for unwanted things since civilisation first sprung up around it. Its not uncommon to find Tudor coins, or roman roof tiles; 18th Century clay pipes - disposable cigarettes of their day - are ten a penny. I've collected so many, I have plans to make them into a tiny puppet. 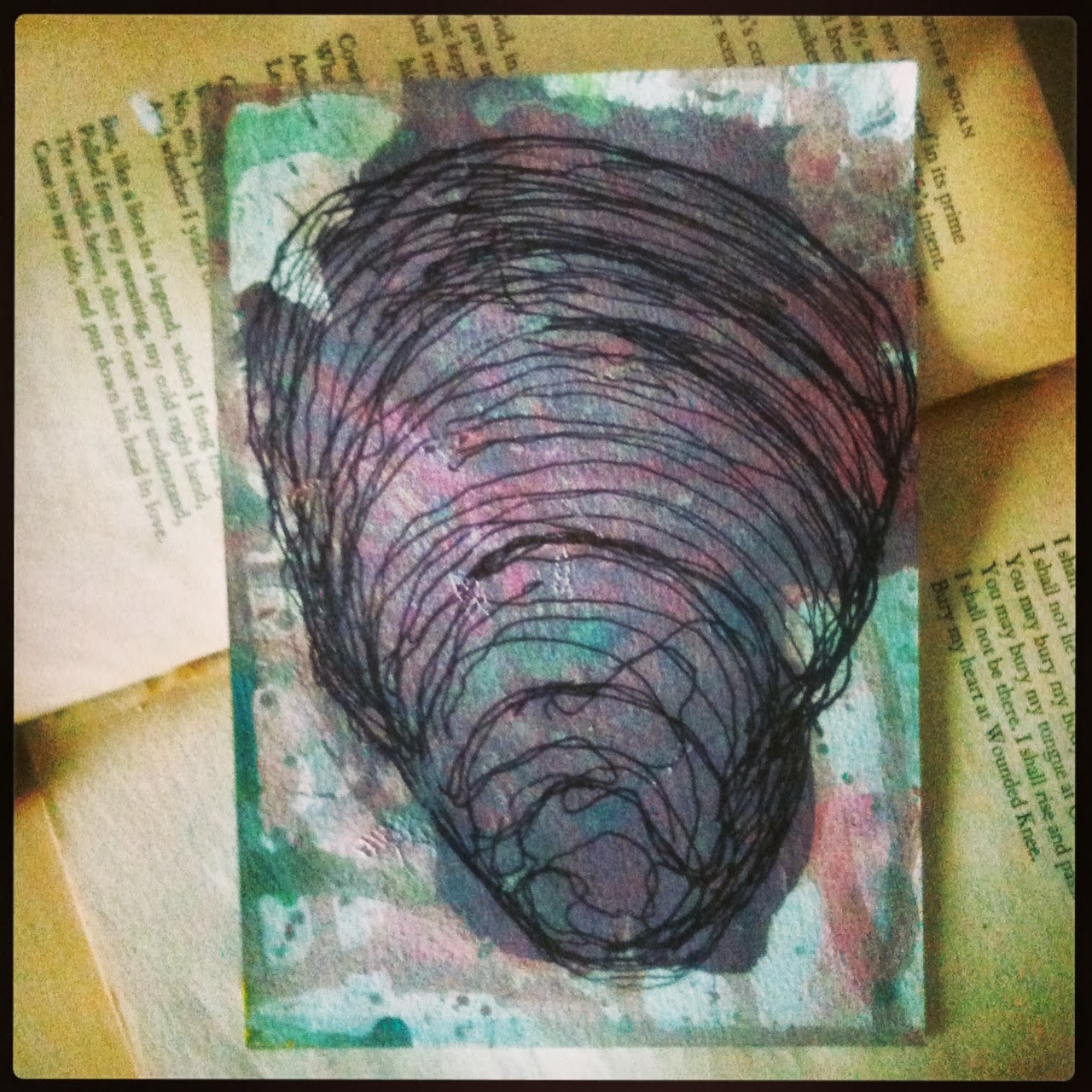 Initially, I tried drawing my finds, but 2D drawing can't convey what's special about these things. Its being able to turn them over in your hands and feel the edges of the glass smoothed down by being tumbled in the waves for decades. And to wonder who was the last person to have this item in their life. Its the multicoloured lustre of the older pieces of glass, the light shining through them after dark. There's nothing quite like the particular joy of seeing a perfect green glass bottle stop simply sitting waiting for you among the pebbles.
glass history mud mudlark mudlarking pebbles pottery sculpture terracotta thames tides vauxhall waves