Sculpting my dad - work in progress 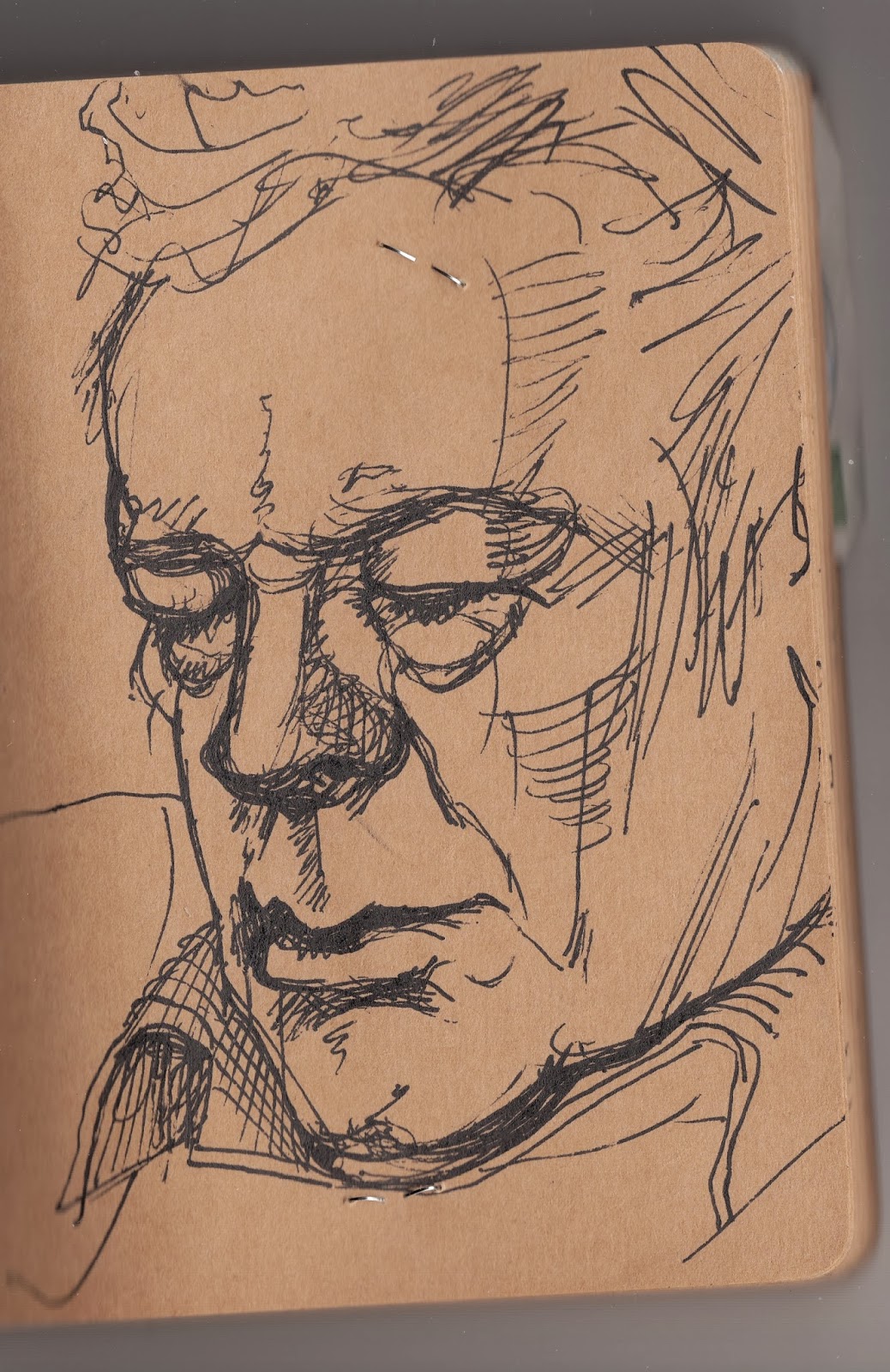 I wanted to try sculpting my dad, as I am familiar with his face, and he is a willing model. I've drawn him several times which started the observation process. 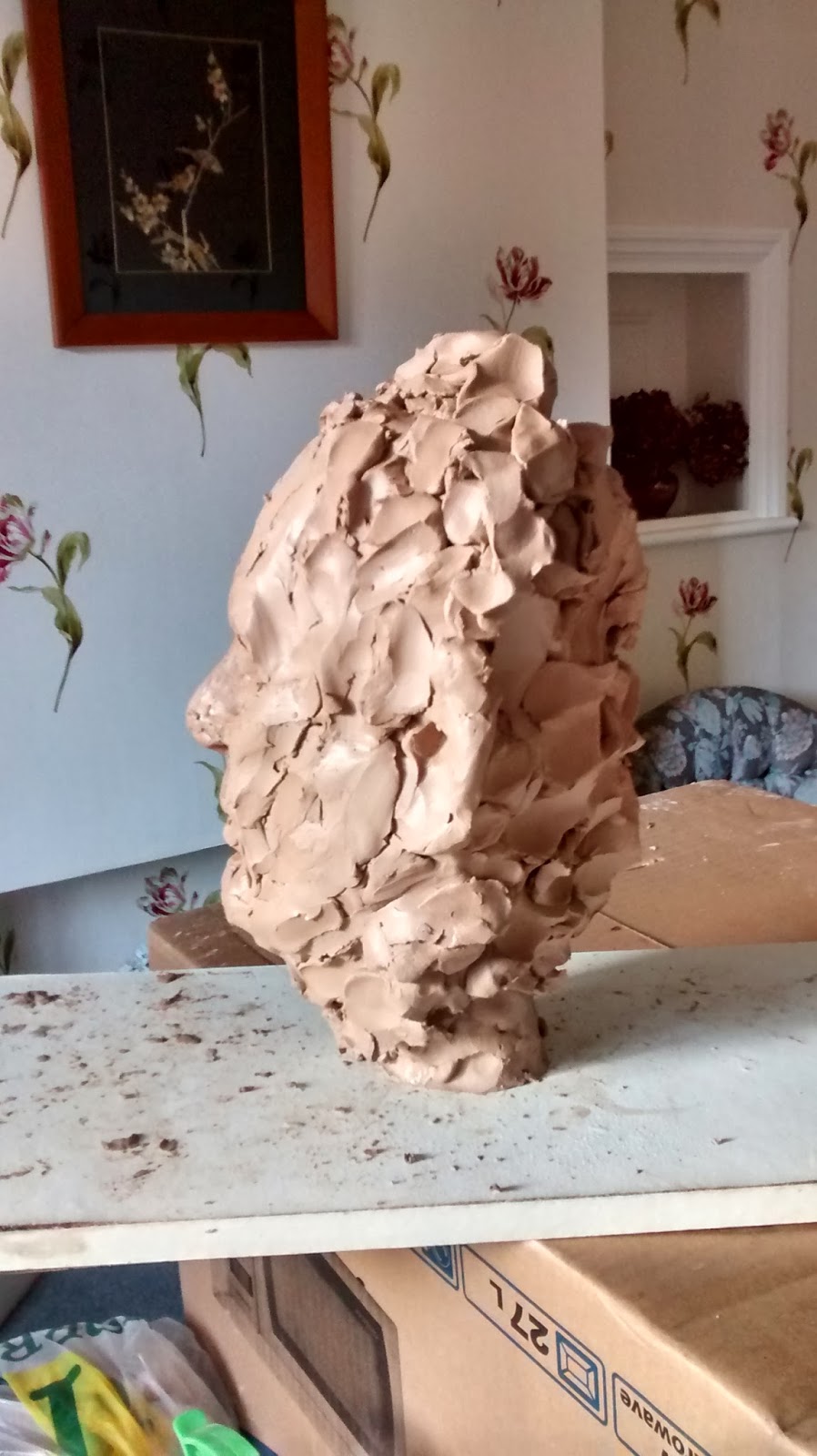 I began by building the clay up round a wooden post we screwed onto a piece of old shelving. I used terracotta clay - overall it took one large bag. 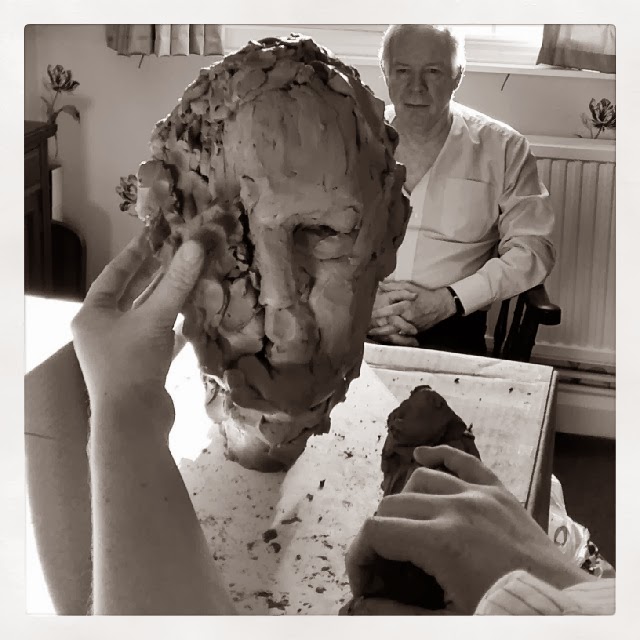 I asked Dad to tuck in his shirt collar so I could observe his lower neck and adams' apple, as the first stage is to build up a 'flag' of the profille, from the lower neck upwards. We chose a swivel chair, so dad could rotate every ten minutes or so, allowing me to build up a form of his head in 360 degrees, made up from many profiles. The face is the easiest bit, but as this is a sculpture - you need to look closely at the back of the head too, as this goes towards capturing the characteristics of the sitter as much as the nose or the mouth, it can describe posture and stance. 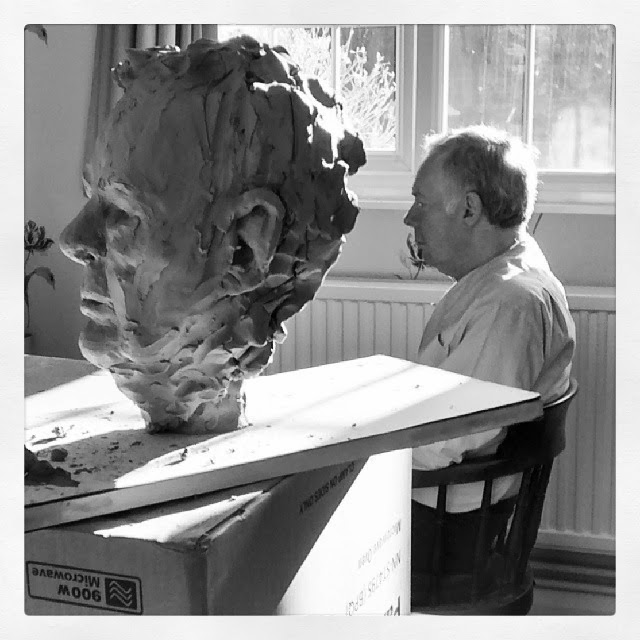 Each session allows me to see the sculpture anew and compare it closely to the head, for example, initially it was too wide and jowly, so the second session began with narrowing the head and taking comparative measurements. 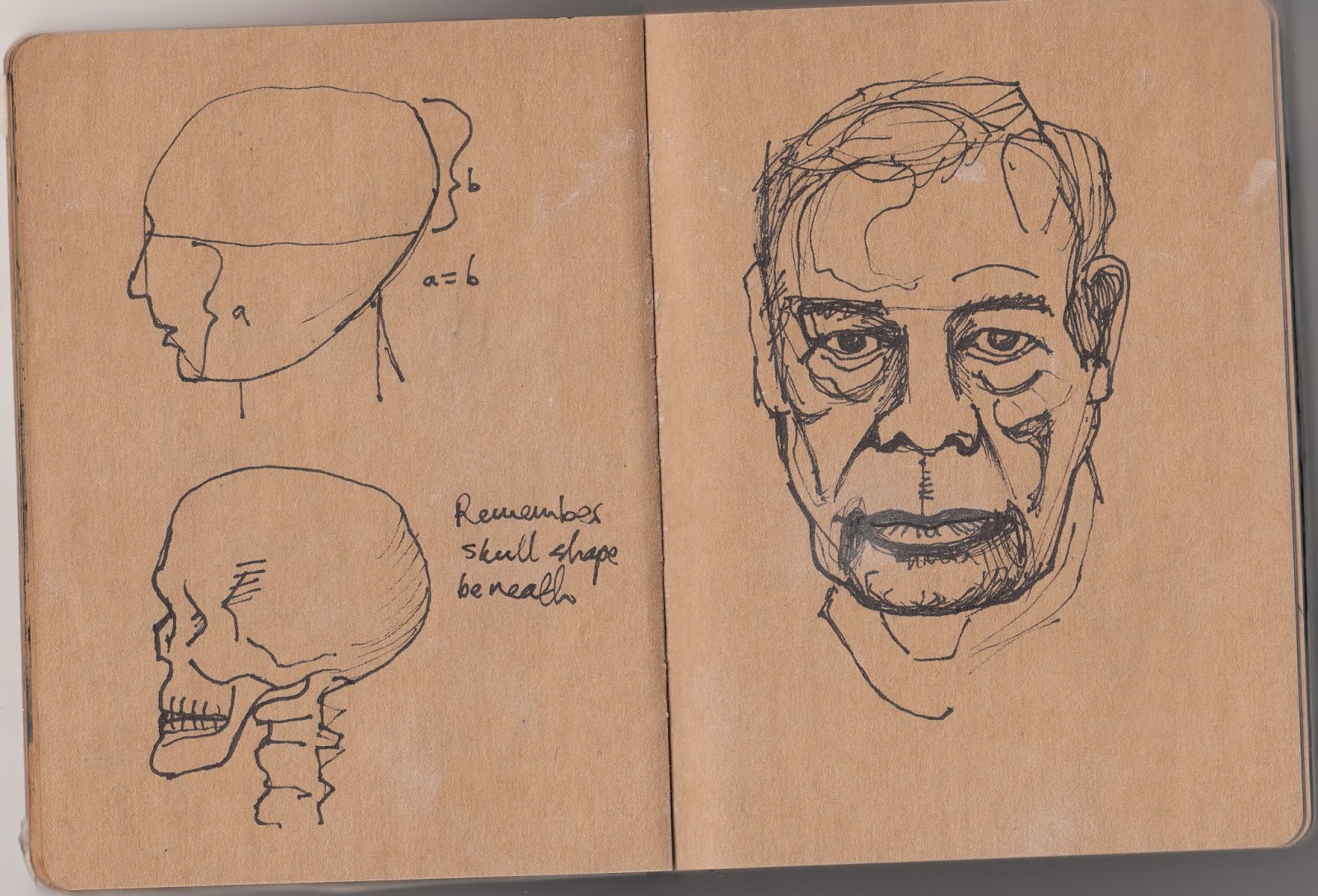 Drawing helps focus your observation at the beginning of a session. It helps to think of the skull shape beneath what we see. 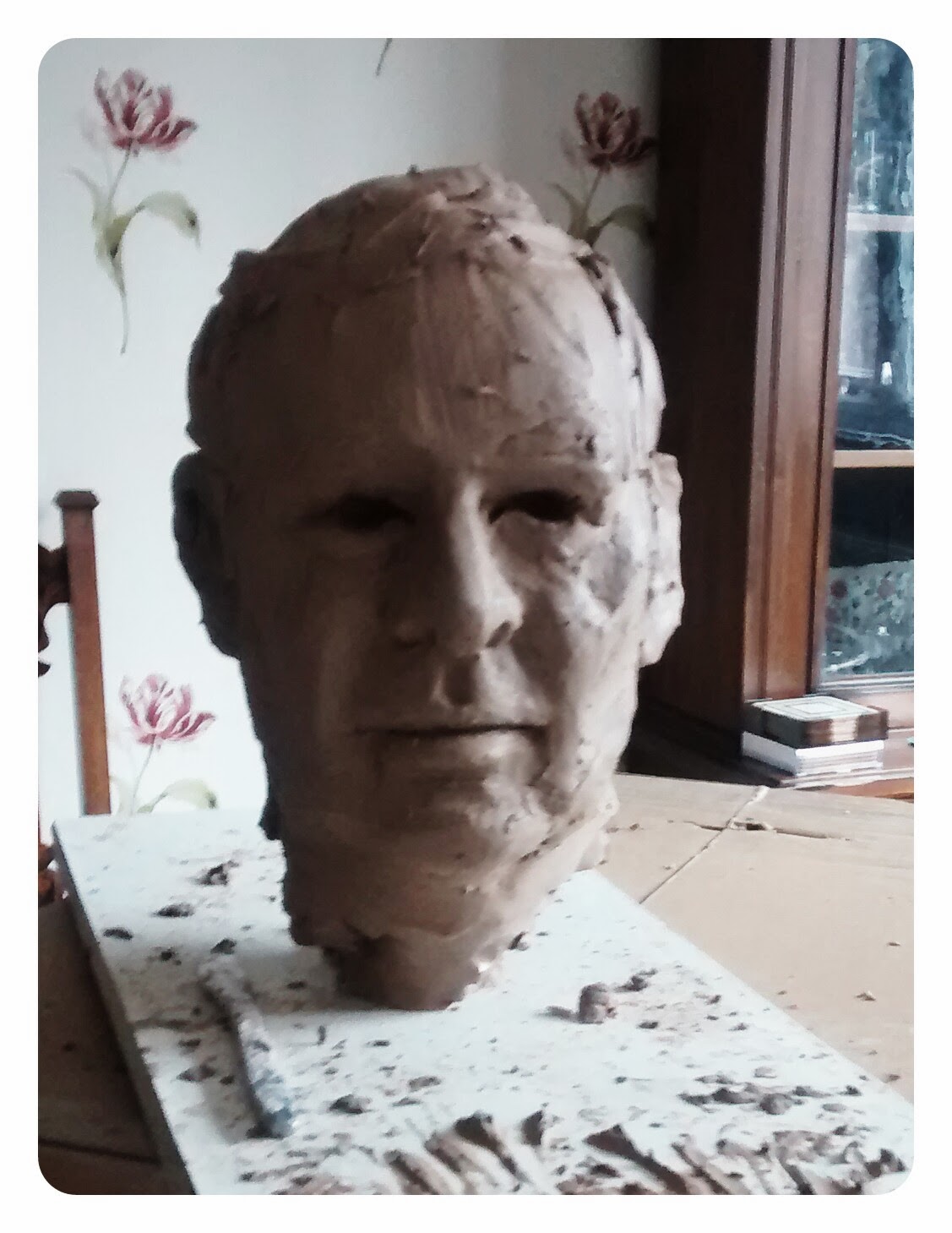 The sculpture needs one or two more sessions of close observation. I consciously try not to smooth out the clay too much a retain a immediacy to the surface texture, reminding us that it is indeed clay. Then it will need hollowing out and firing, and once fired, patinating.