Sculpture of my dad - fired and finished

March 26, 2014
Continuing from my previous post, I had one more session sculpting my dad of about three hours, in which I measured carefully and checked the sculpture from above and below. 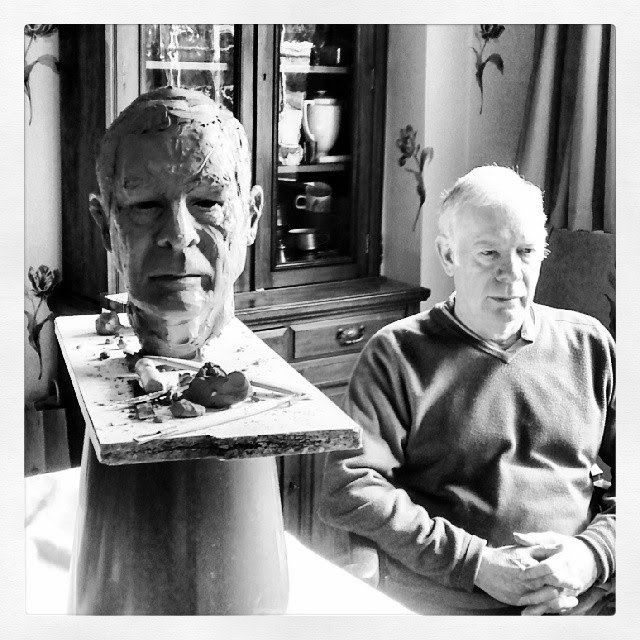 When I was happy with the likeness, I allowed it to dry over night, before slicing the top of the head off with a wire and hollowing out the inside. When I had removed the clay from around the post, I gently lifted the head off the base. I then wrapped the head and transported it up to Morley College where they kindly found space for it in the kiln. 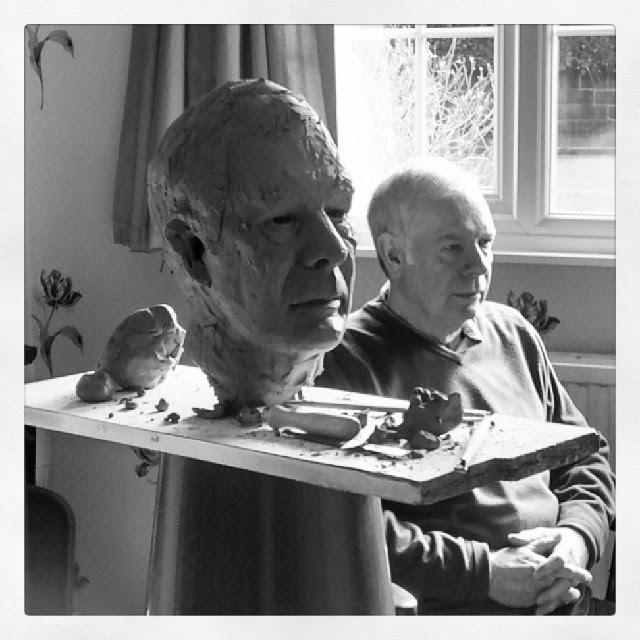 Whilst I originally thought the clay was terracotta, when fired, it turned out to be crank, which comes out a pale pinkish colour. There wasn't much shrinkage and just a little bit of fixing on one of the ears. 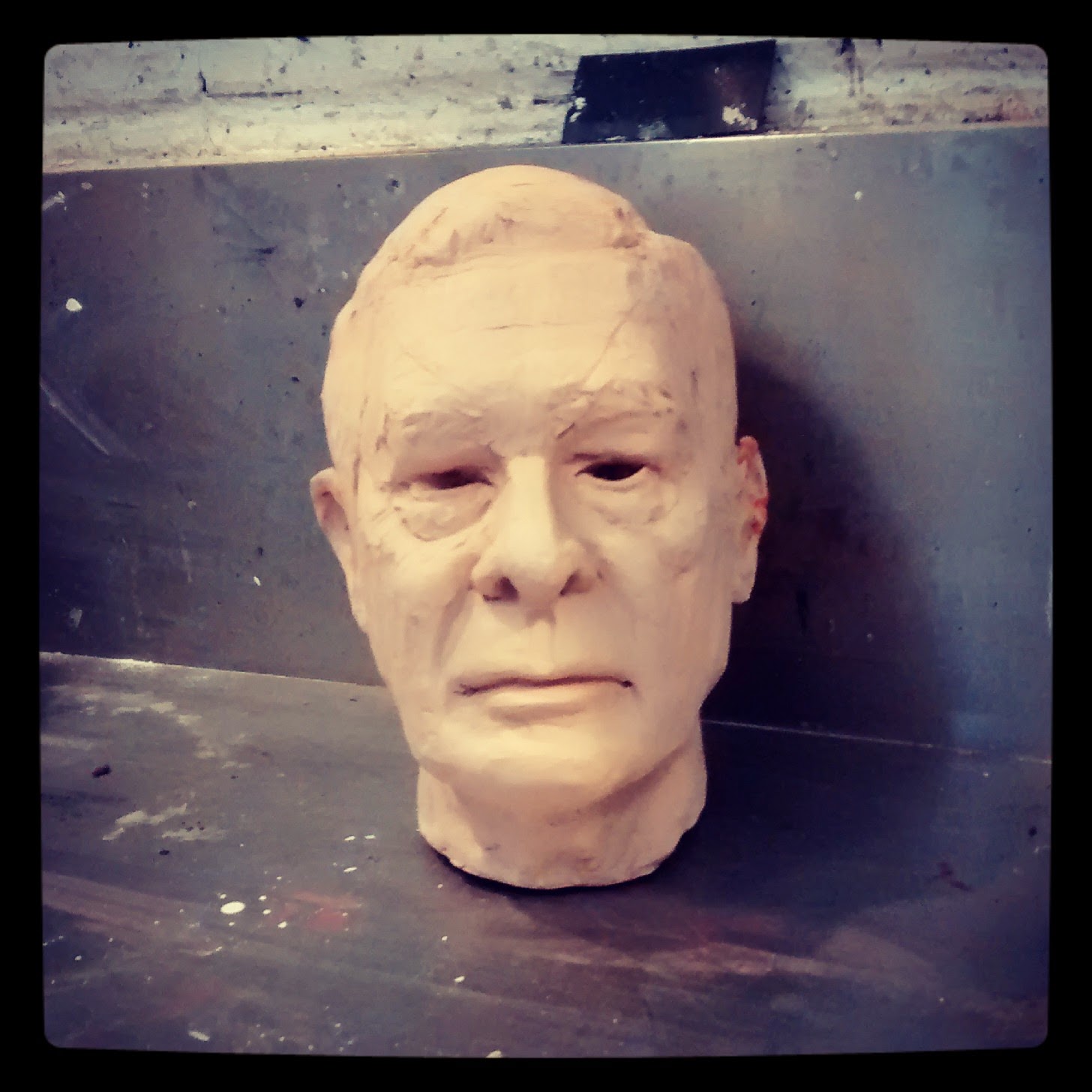 I chose to go with an experimental patina, which was a mixture of iron powder, vinegar and PVA - which paints on a matt black, but over time goes rusty. I love the idea of an additional transformative process. 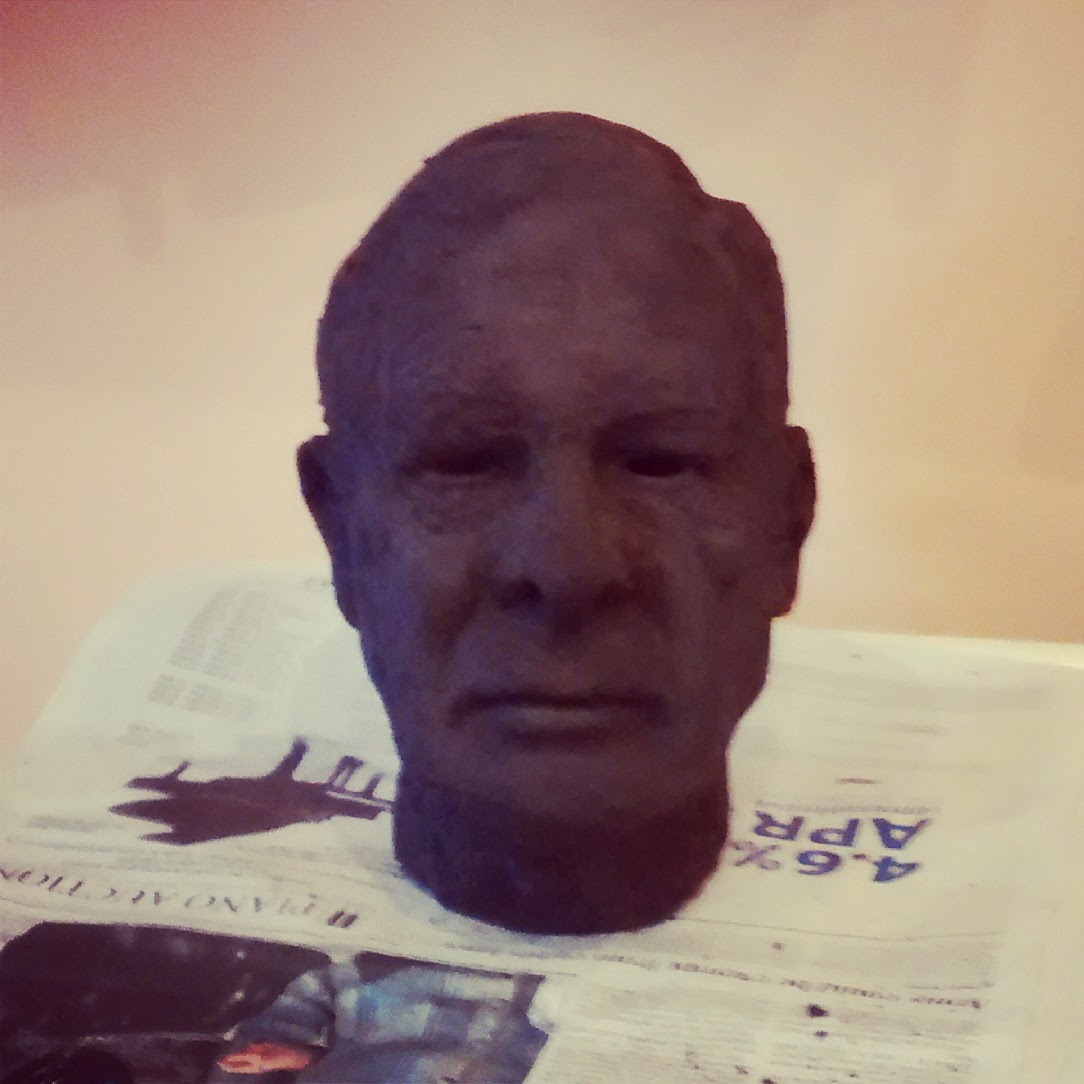 I sprayed on vinegar to help along the rusting process. I will be playing with the finish a little more, adding another layer or two of the terrible-smelling mixture, in the hope of achieving a redder shade. 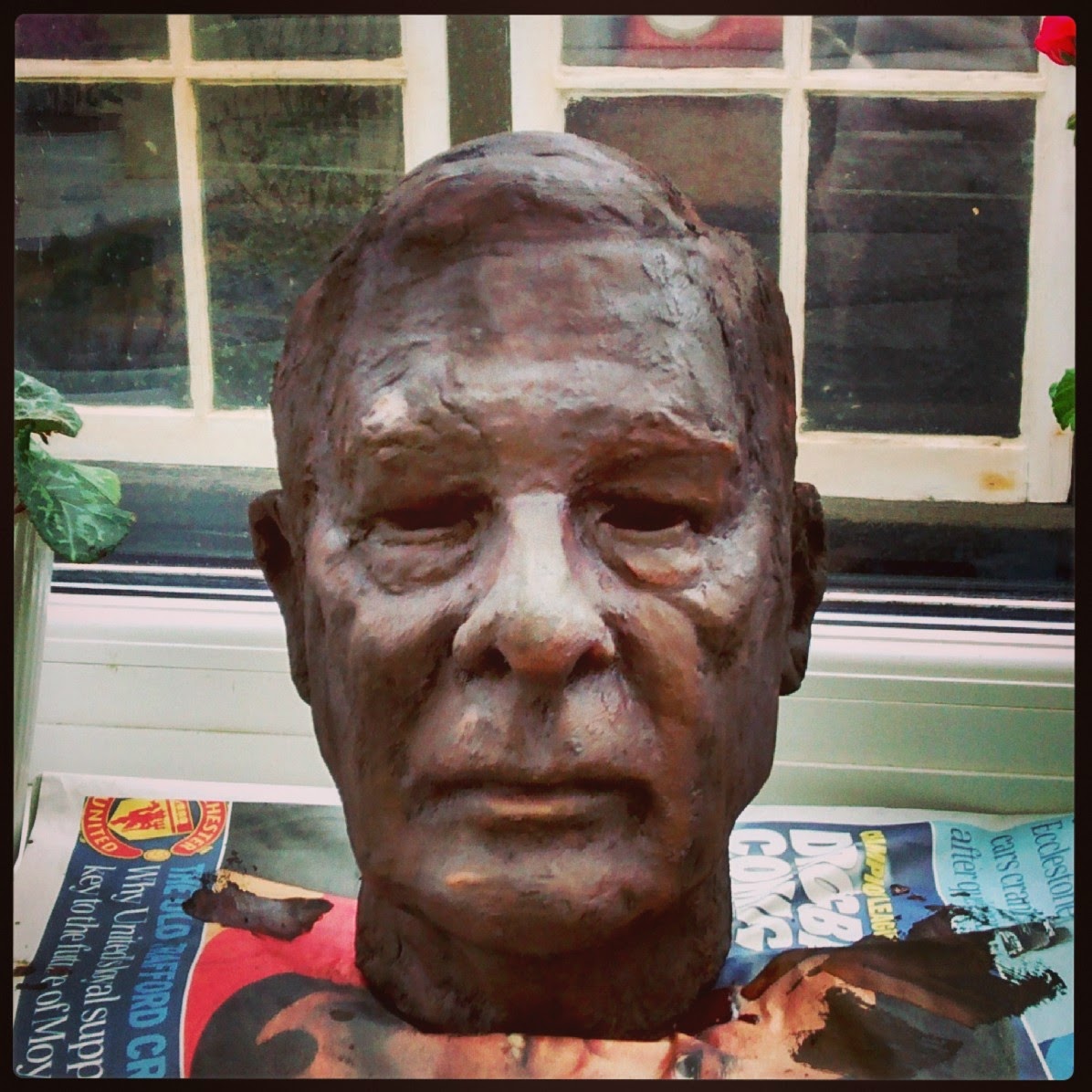