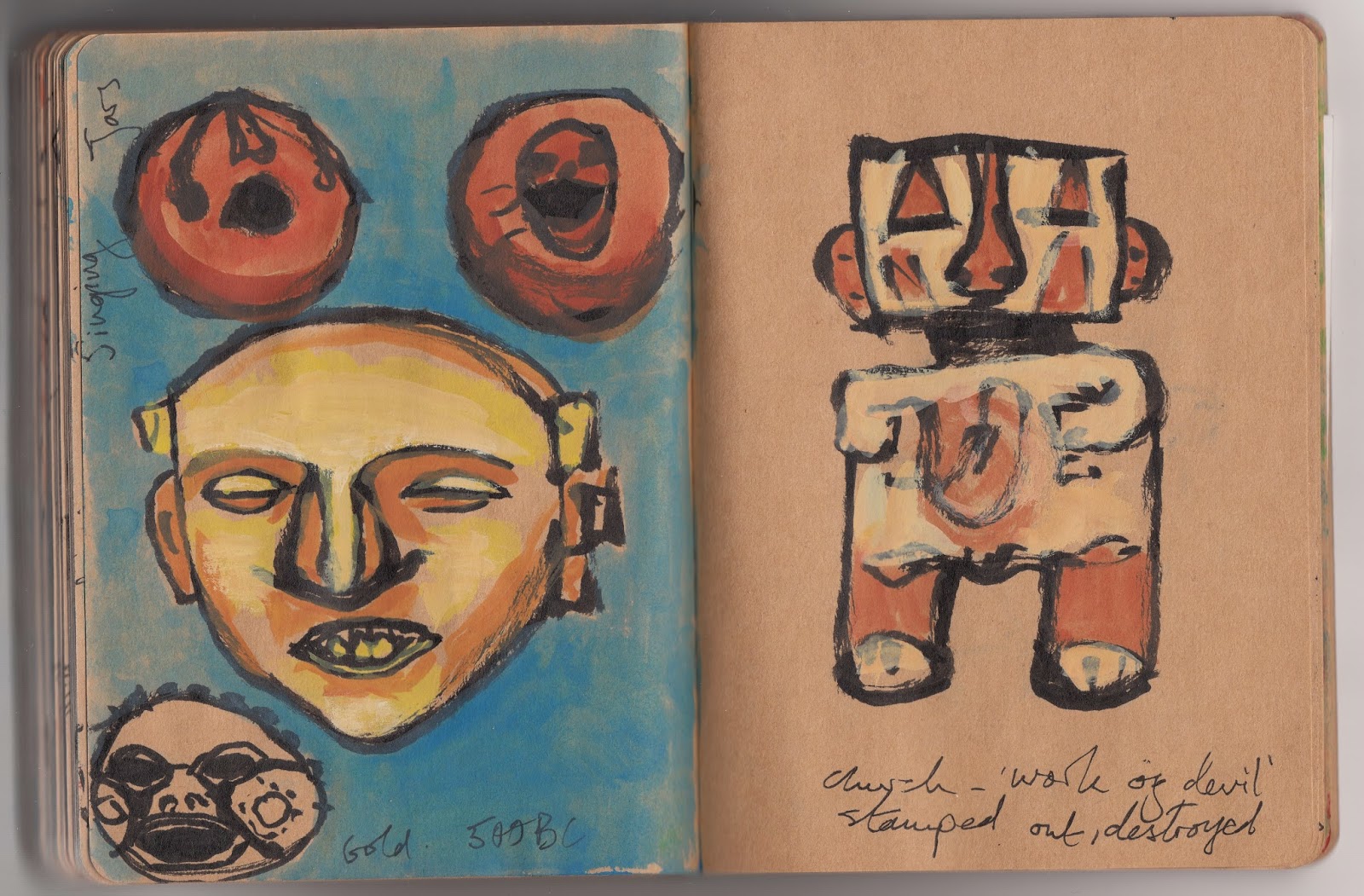 I braved the crowds and visited the Beyond El Dorado exhibition at the British Museum on its final day. It was rich with gold offerings which early Colombians threw Lake Guatavita as offerings to their Gods. The newly elected leader, covered in powdered gold, would dive into the lake and emerge as the new chief of the Muisca people. Below are Tunjos, votive offerings left at gateways to other worlds. 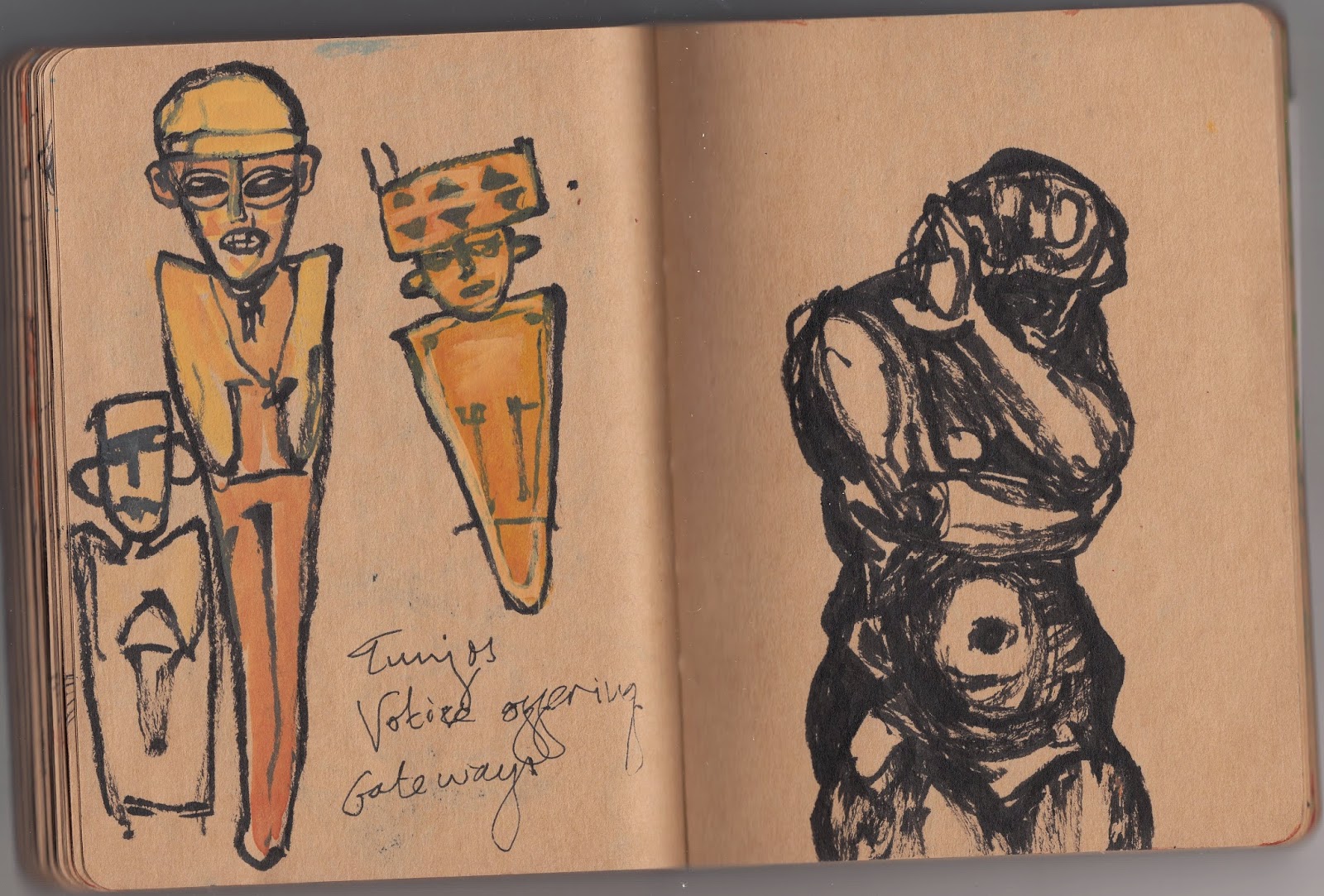 My favourite pieces were terracotta. Sadly the rich culture of the early Colombians was eradicated by the church who viewed their rituals as 'the work of the devil'. 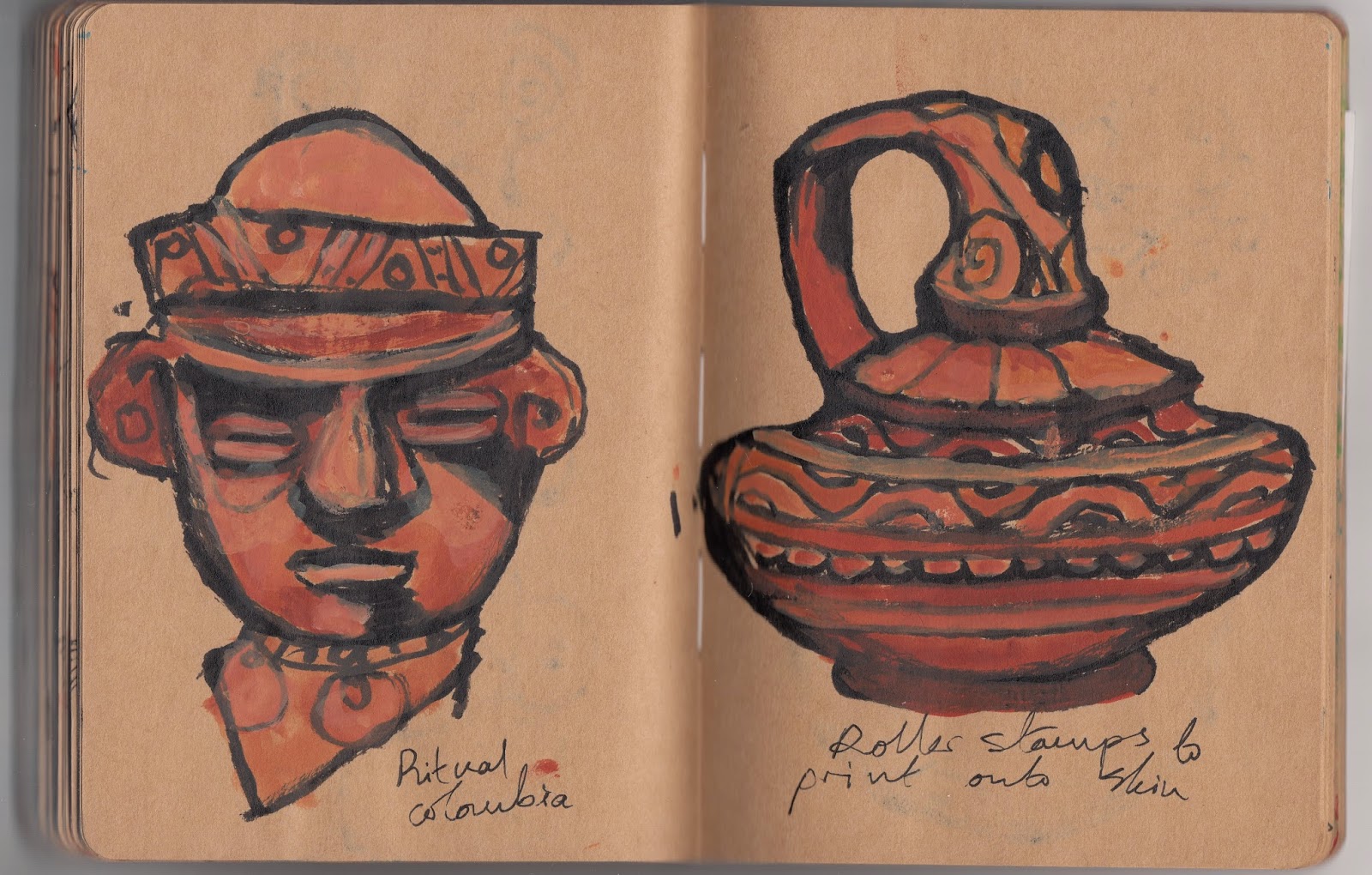 Below are drawings from the Enlightenment section of the museum. 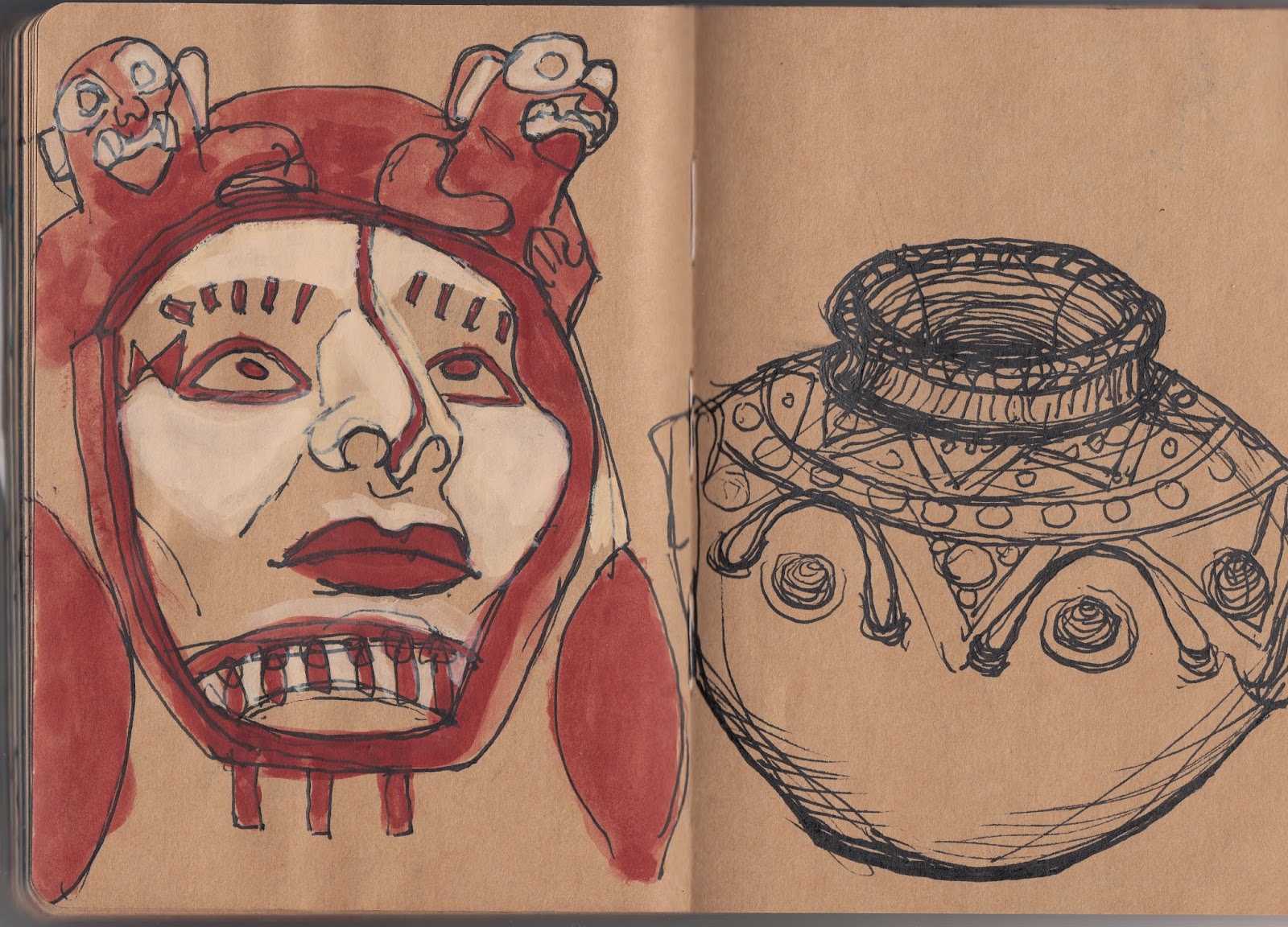 Below is a stone Kili from Hawaii and a wooden Karwa from West Papua, which was believed to channel ancestral spirits. 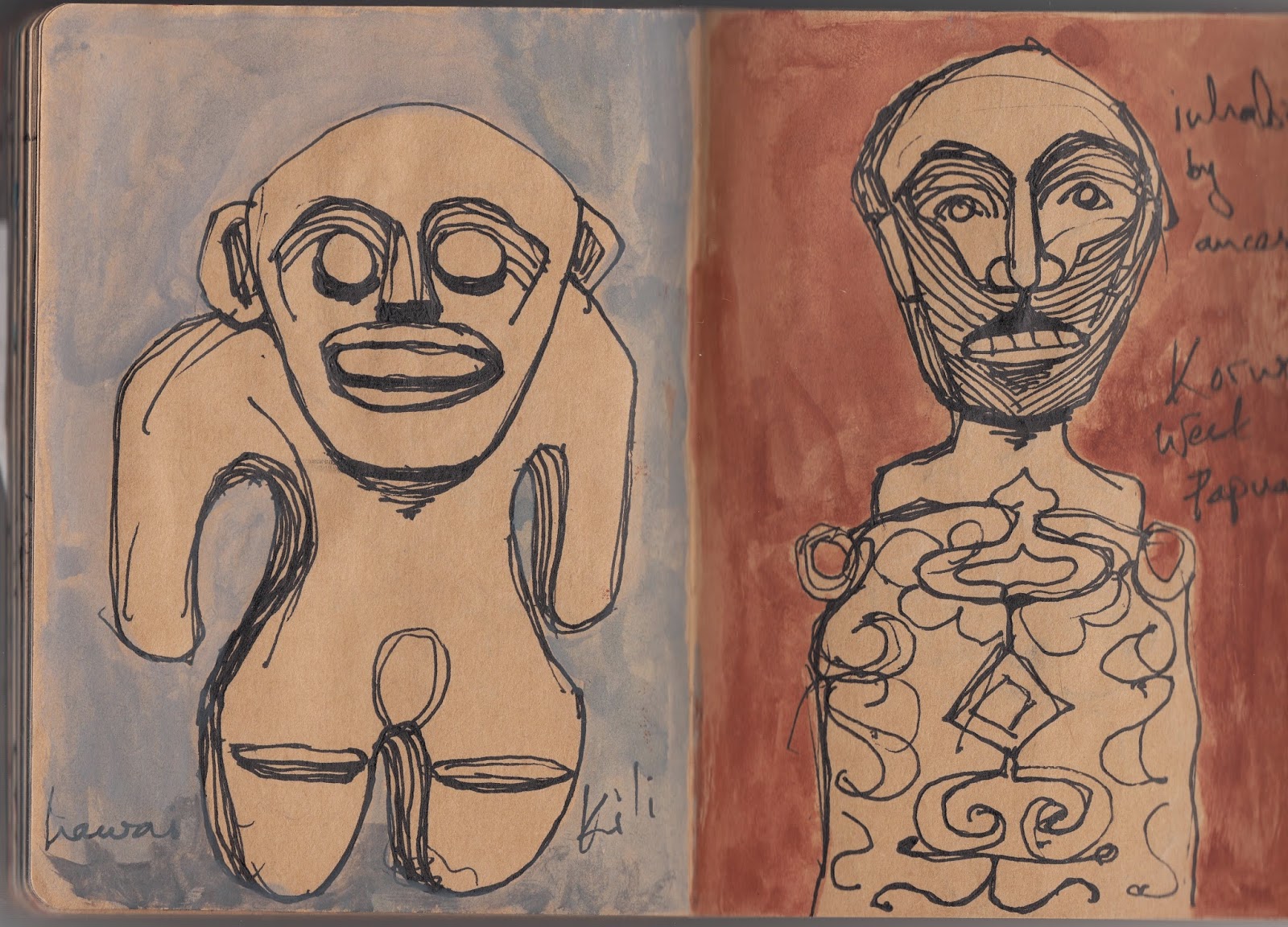