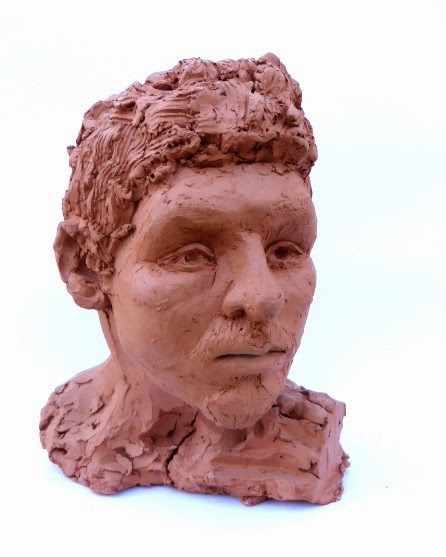 Yesterday I picked up this finished terracotta bust from the studio. It had shrunk by 10% in the kiln which I think improved it; it was larger than life size before firing. 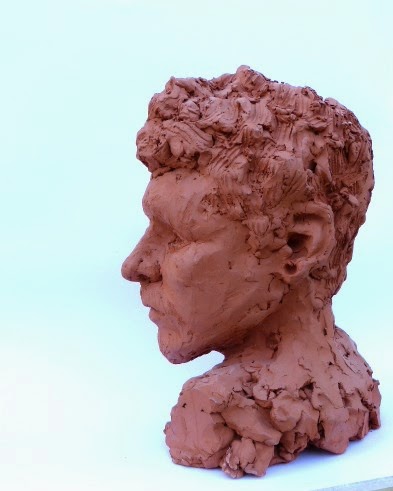 During sculpting, I came across a bust of the young Marcus Aurelius which had striking similarities. Ben was sitting for the first time but had a gravitas not often seen in young models. 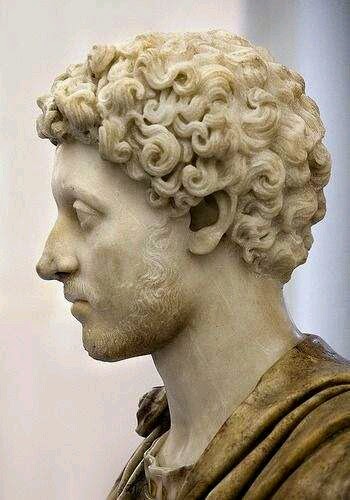 Working on the sculpture presented some structural challenges; below you can see I had to prop up the chin with a separate piece of clay until the terracotta was dry enough to support itself. 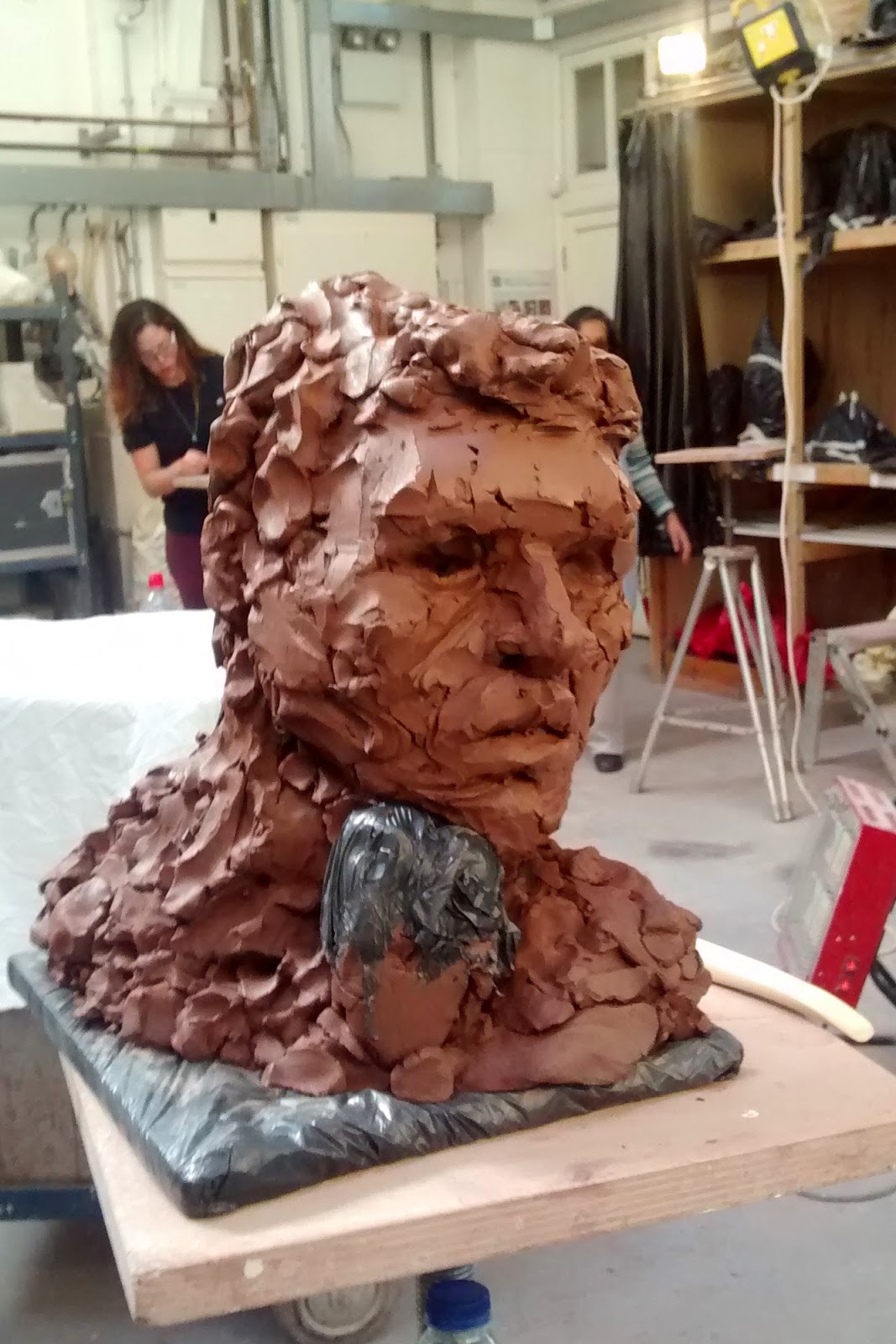