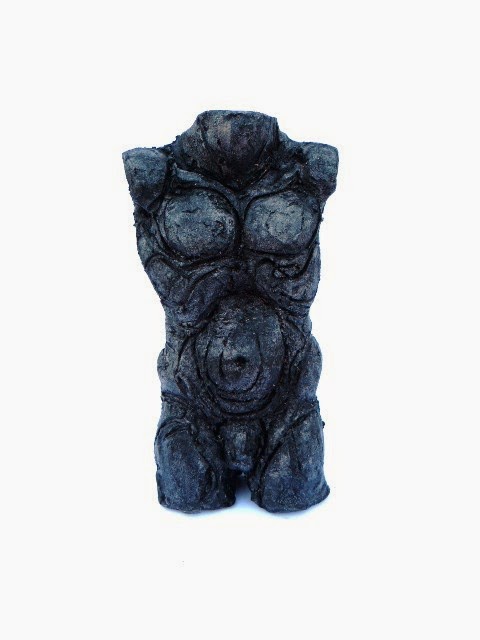 I began this small study from observation of a model, for about half an hour. He had a pole underneath his shoulders in a pose that recalled the crucifixion. 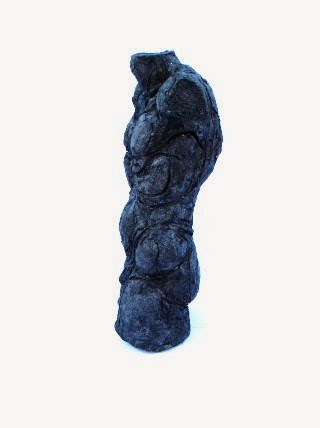 I was interested by the pose so I decided to continue with the sculpture by studying examples of the crucifixion in painting and sculpture. For example, below left by Caravaggio shows the raised shoulders and the hanging effect of the weight of Christ's body pulling down on his upper torso. I noticed in most cases, there was a hallow below the rib cage, so I brought this into my sculpture (see above). 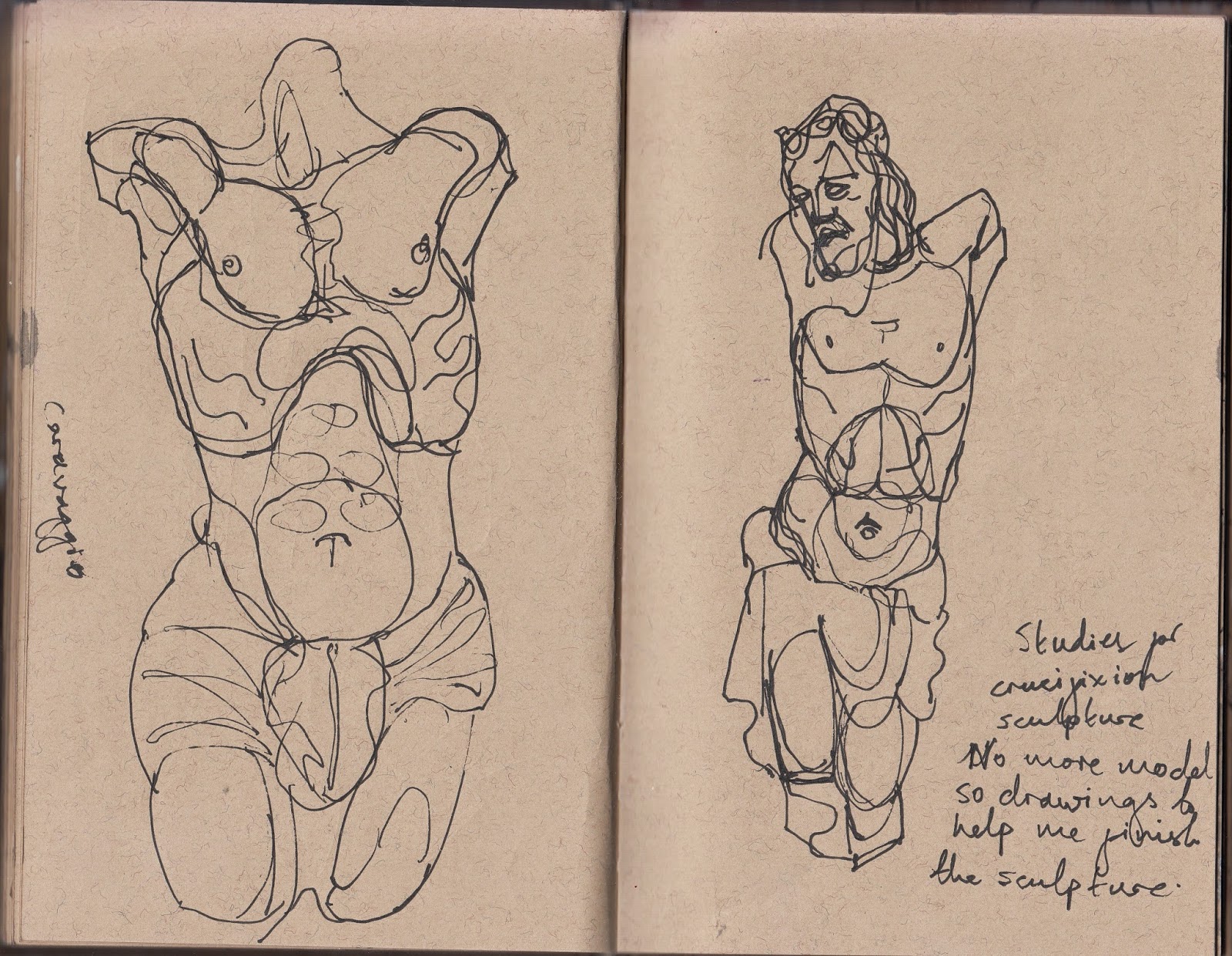 I also made studies of the back from Roman sculptures, they are so beautiful it is sometimes clearer that working from the model, the muscles are more defined. I find continuous line is best for drawing sculptures as it gives a clear idea of form. 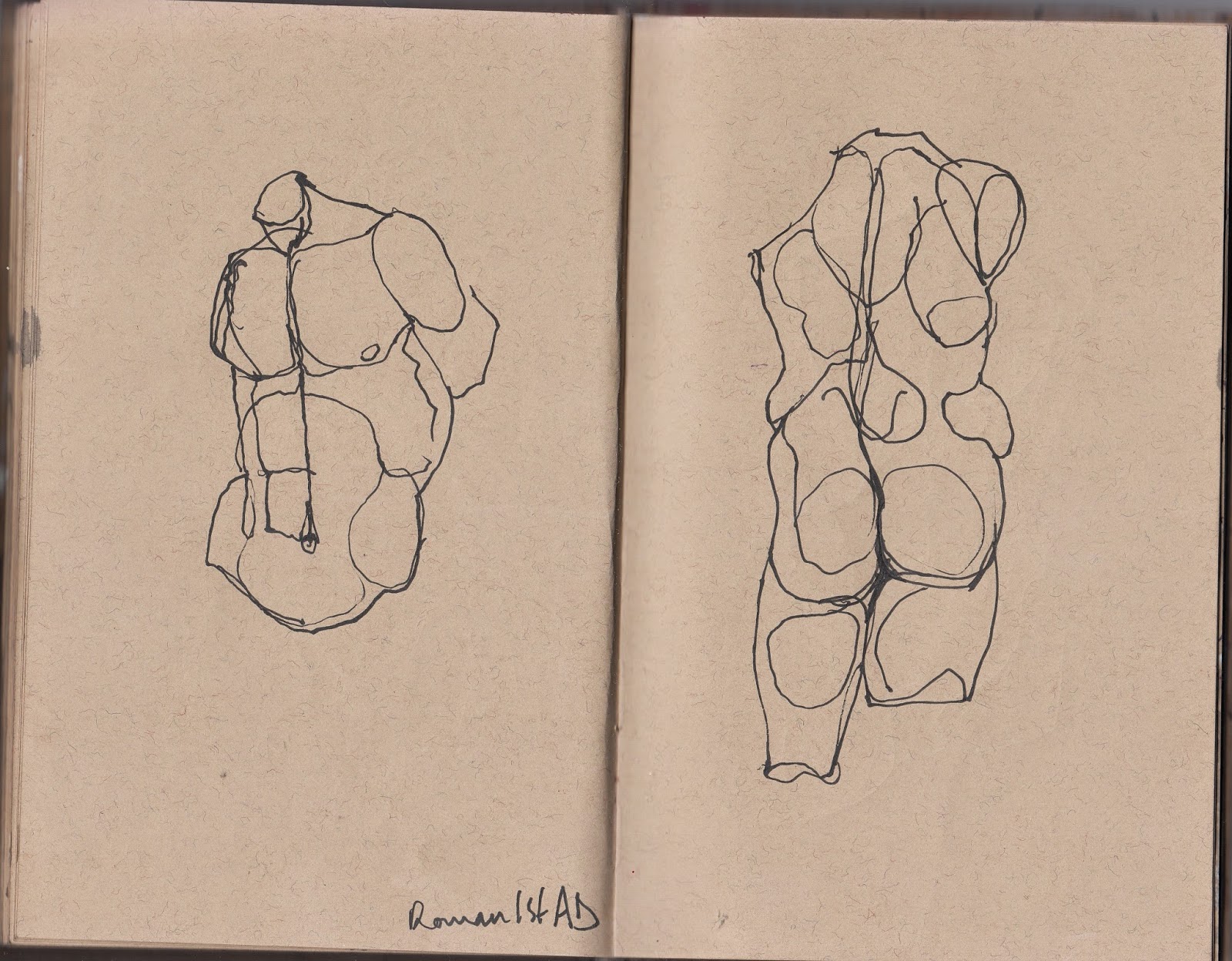 As drawing had been a key part of the process, before firing I quickly scored lines onto the clay to show the continuous line from my sketchbook studies. 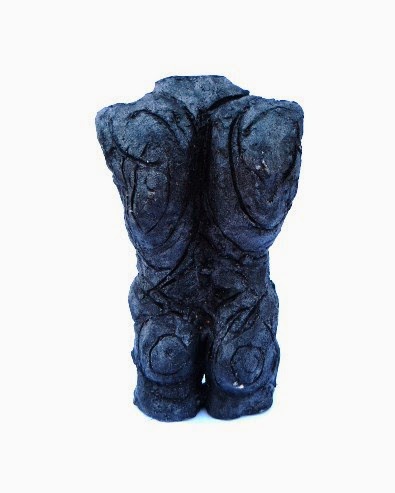 I used crank clay which came out of the kiln a biscuit neutral colour; I decided to cover it in black boot polish.