November 29, 2015
It is a rare experience to see an exhibition at a major gallery that is curated by the artist himself. I'm currently trying to learn more about abstraction, and drawing from Auerbach has brought my understanding on. Auerbach's Mornington Crescent (below) series charts the development of the area, carving up the space with diagonal and vertical lines and using colour to delineate the scene.
.

His Primrose Hill series (below) observes it changing through the seasons, from high summer to a winter storm, reflected in his colour and line. 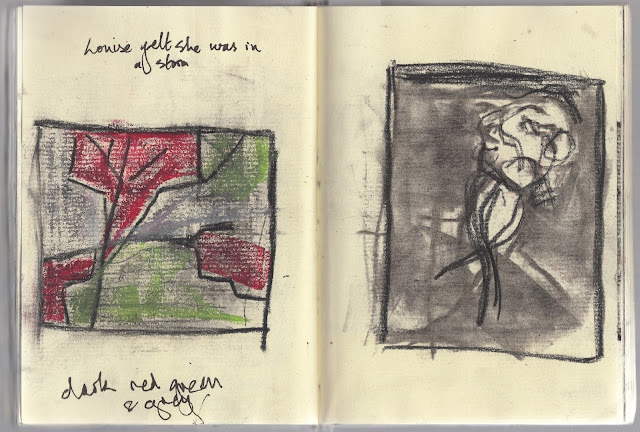 His use of paint is thick and deep, built up over many sittings. Early in his career he built up layers upon layers of paint, but later began to scrape down the surface between sittings. 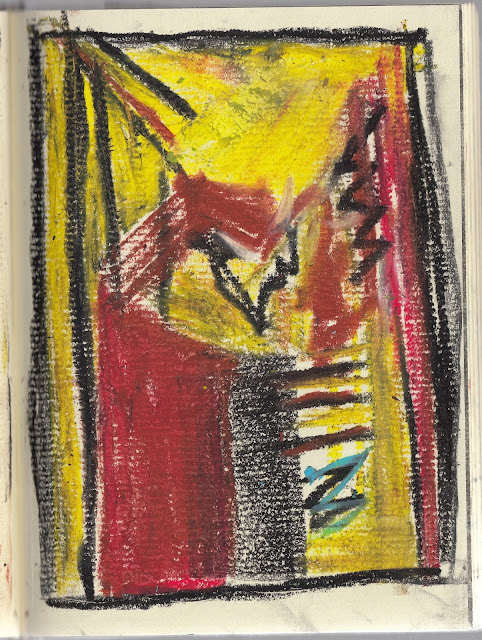 For me, his drawings were the highlight. The recent etching below shows his wife Julia asleep, from an angle behind her head. His use of line is jagged and frenetic.

Frank Auerbach is on at Tate Britain until 13th March.