May 26, 2016
Whilst in Berlin, we visited a flea market at Mauer Park. I bought a pile of old photos and didn't notice an ID document among them. When we got back to our flat, the first thing I saw was the swastika. 'Soldbuch' translates roughly as 'soldier book' and personal documents, written in Black letter, the old German font. The texture of the book suggests it had been carried in a pocket for some time. 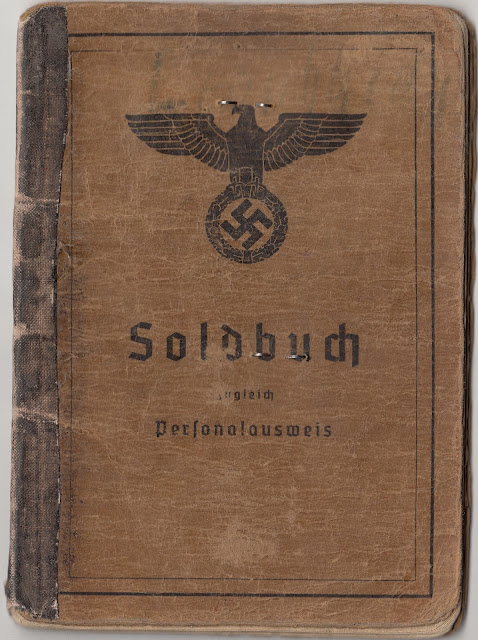 A photo was stapled on the inside front cover, a young man in a crumpled uniform. The photo is stamped twice with the Nazi eagle and swastika. Judging by his date of birth, he was nineteen at the time the document was issued. 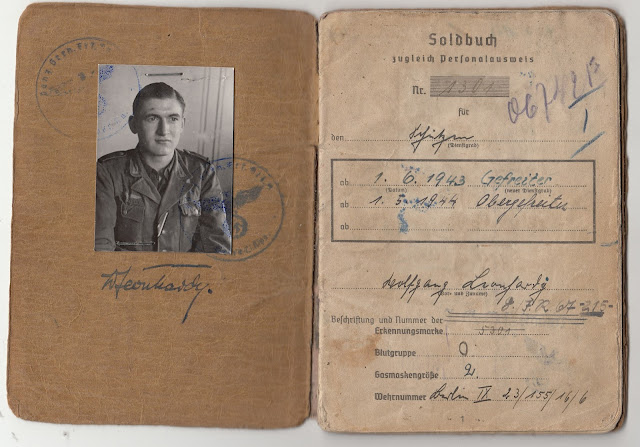 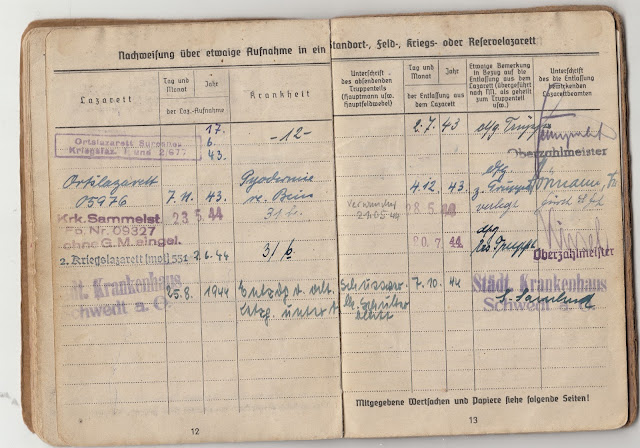 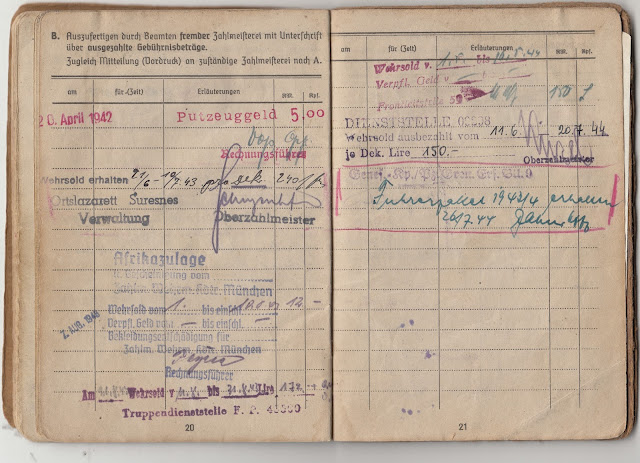 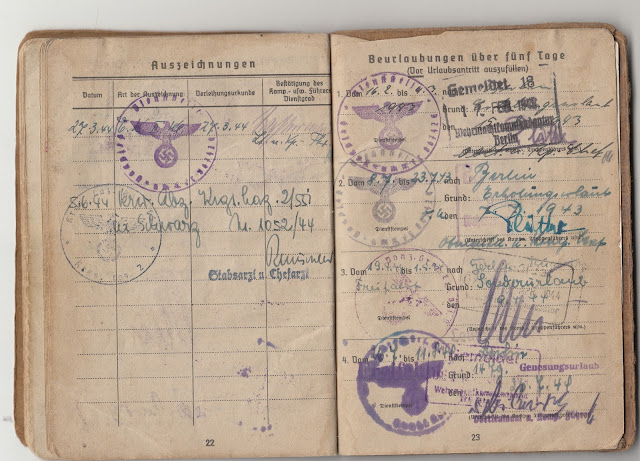 The pages show numerous signatures in various types of pen, and more purple stamps. Wolfgang's body is thoroughly recorded, dental records, eye colour, height, weight etc. It records when he was issued a new rifle and when he got a gunshot wound. I googled Wolfgang Leonhardy, not expecting to find anything, and immediately got a shock. A photo showed up, showing the same young man a few years older, wearing a more senior uniform. The uniform is regular infantry, Wermacht. 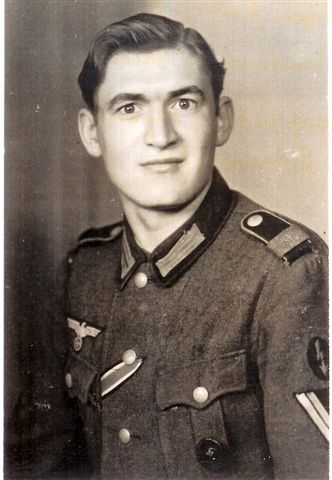 I also found an article in the Tagesspeigel interviewing him about his experiences in the war. Among other things, the interviewer asks, How do you think you survived the war? Wolfgang replied, the comradeship, pigheadedness ('You'd have shat your trousers otherwise'), and three, we were bred for war from childhood.