February 28, 2017
During my research into the patient case notes in the Bethlem Archives, I found the case of Elsie Schmidt. She first appears in the records in 1887 aged 24, listed as a governess, admitted with melancholia and suicidal intent. She was discharged, but reappears again in 1893, now aged 30 and listed as a music teacher. 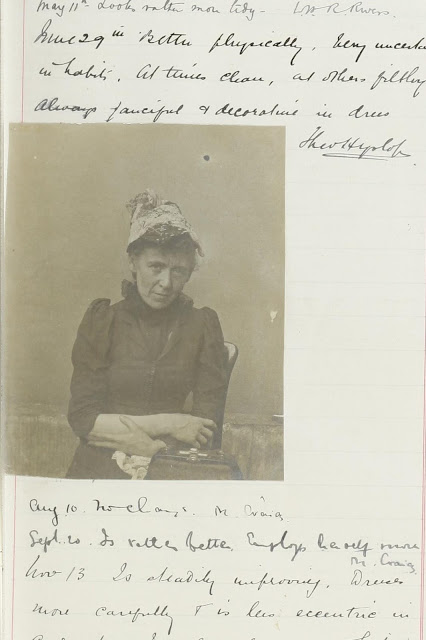 Filtering through the doctor's tiny handwriting emerged a woman who I recognised in myself. She was very creative, described as 'always fanciful and decorative in dress' and 'had a tendency to decorate herself with odd bits of coloured stuffs'. But she was also floridly unwell: '[the nurse] says that during the night she has been shouting and dancing about in a state of nudity, calling her a devil and declaring that there are other girls in the room when no-one else is in fact present'.

Elsie's case is rich in imagery and detail. I have drawn out lines from the case notes and embroidered them onto squares of calico, which I plan to sew together into a quilt for Elsie. I am not trying to give her a 'voice' as this is completely absent, there are no records in her own words. I can only repeat what others said about her. I have tried not to romanticise her and include the difficult parts of her story too.


Elsie is beginning to filter into my work for the rest of the exhibition. She is described gathering pieces of stick and odd objects in her pockets, which I something I have already been doing in the grounds of Bethlem. It is reported that she tore her clothes, and I have begun to tear fabric for another piece. Everything is coming together in the most uncanny way. 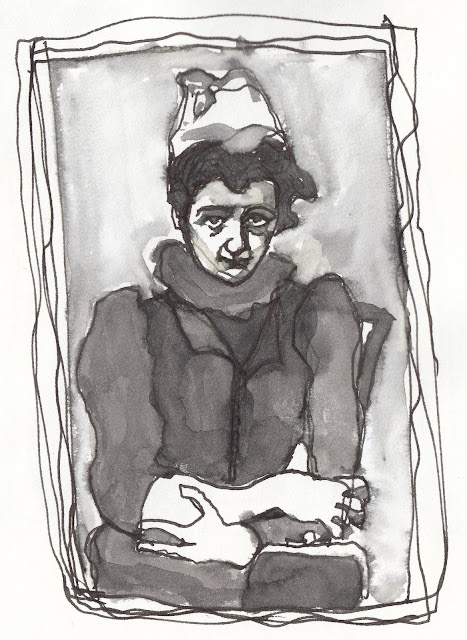