Bethlem Royal Hospital has 350 beds, and can take 350 patients at any one time. I have made 350 small clay figures to represent this number. 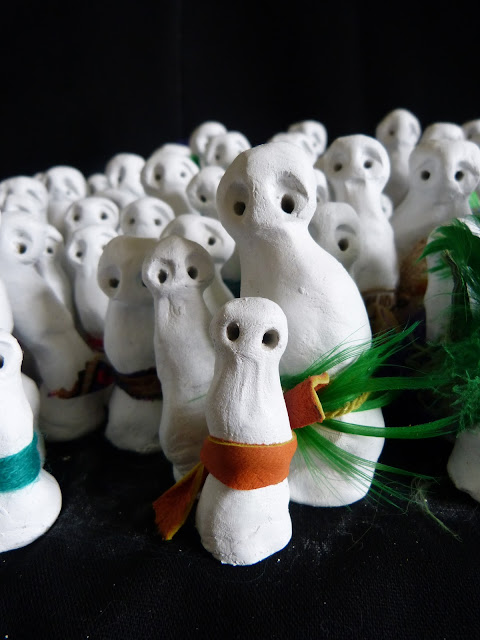 I first began making them during art therapy sessions, as the clay was very tactile and instinctive to use. They are approximately the right size and weight for holding in your hand. Over time the process of making the 350 figures became ritualistic, each one is made with exactly the same movements of squeezing, pinching and smoothing, but no two are identical. They vary greatly in size. This is to represent the expansion of grandiose ideas and the contraction of depression and anxiety - they grow and shrink. They also seem to breed when you're not looking. I bound each one with threads, wire, wool, torn fabric, beads and feathers. The binding brings individuality but also restriction. When binding them I could but help think of Elsie Schmidt and her 'bits of coloured stuffs'. 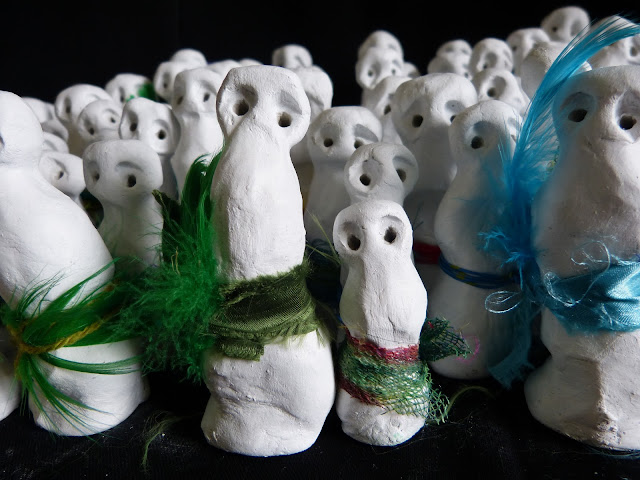