April 24, 2017
I requested my medical notes from my time in Bethlem and also Epsom Hospital. They arrived in a large stack. Looking back eleven years later, it was strange to read the nurses and doctors perspective on my illness. Predictably it was all framed in very medical terms. I selected twelve quotes and embroidered them in the same way I have done for Elsie. 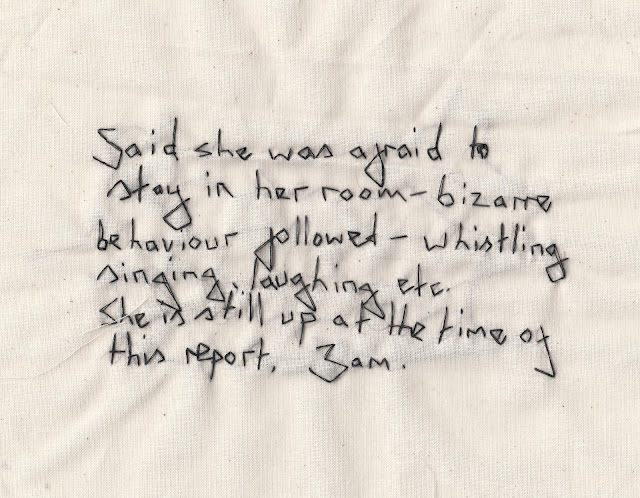 Many of the notes are related to a tribunal I had, and read as though they had been gathering evidence that I needed to be in hospital. I remembered the feeling that I was being constantly scruitinised, at times they had me on 10 minute checks, recording my every move. My distressed brain converted this into believing I was being monitored by smoke detectors. 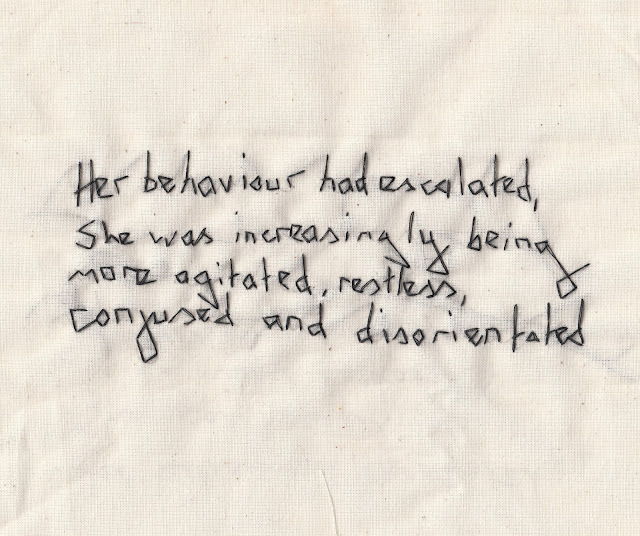 The notes are written by many different nurses and doctors, in lots of cases there is no signature or name attached. It is evident in places that sections of the notes were copied and reproduced from earlier observations, in a way like Chinese whispers, where the details are often twisted and lost. 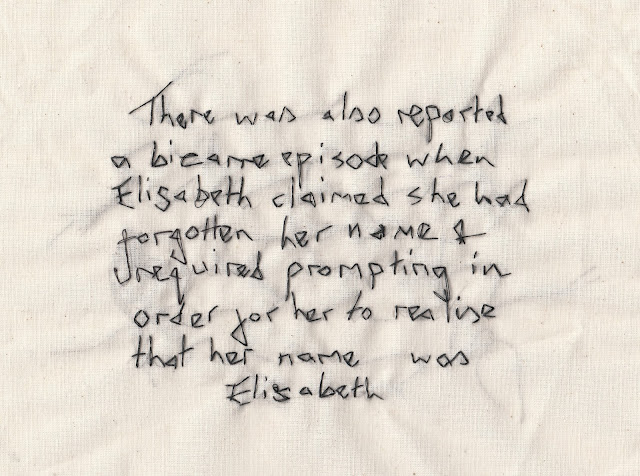 The term 'bizarre' recurs in many places, and there's a sense that the staff were baffled by my behaviour. I am reminded that at the time my thinking and speaking was a stream of associations (a symptom known as 'thought derailment' or 'knight's move thinking').