November 15, 2017
Edward Adamson sometimes drew the artists in the studio at Netherne Hospital painting and drawing. I've been looking through the nine sketchbooks archived at the Wellcome Library.  They are dated between February 1953 and February 1958. 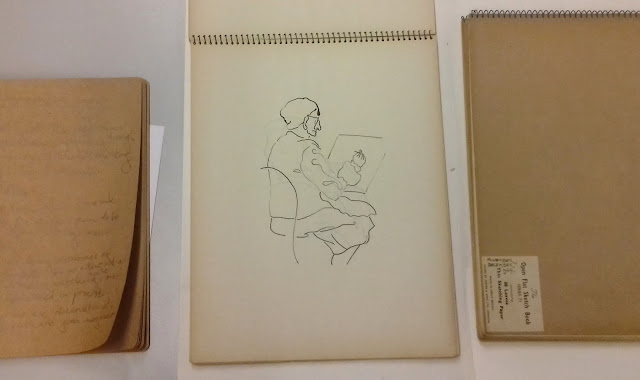 His line is confident, at times using black ink and at others blue, or pencil. The paper is very thin and yellowing around the edges, you can see through to the next page, which gives a curious layering of images. See below right, the feet emerging through the paper. 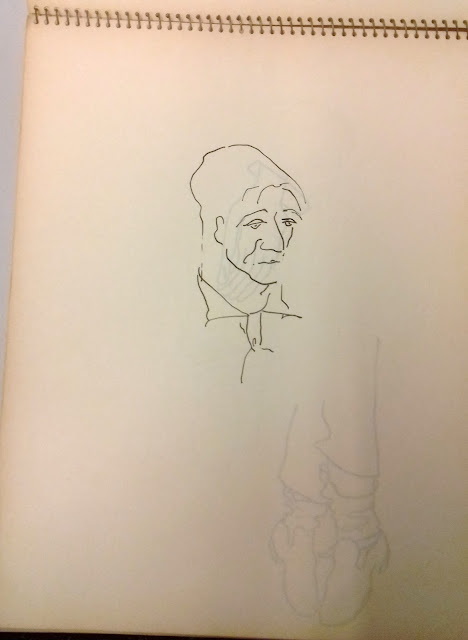 The drawings show a studio full of artists absorbed in their work. The atmosphere was described by one patient as 'serene and deep'. 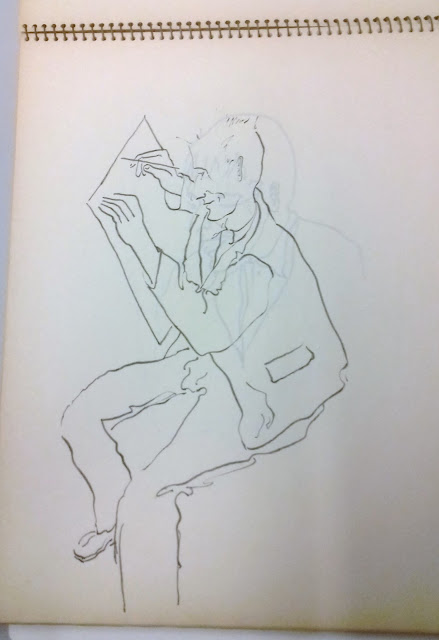 Art therapy studios were a just emerging idea at the time Adamson began his work at Netherne in 1946. The studio began as an experiment by Dr Cunningham Dax, to see if art could be used to aid diagnosis and treatment. Initially, the conditions of the studio were kept standard for each artist: 11 poster paints, two brushes (one large, one small), one palette with six divisions, and standard sized paper. Adamson was told to be a passive observer and not to offer guidance to the artists or teach. The art created was often shared with the patient's psychiatrist. When Dax left Netherne several years later Adamson relaxed these rules to allow artists more freedom of expression. Artists were able to choose their medium, carving wood, using plaster and even painting on stones (as with Gwyneth Rowland's flints). 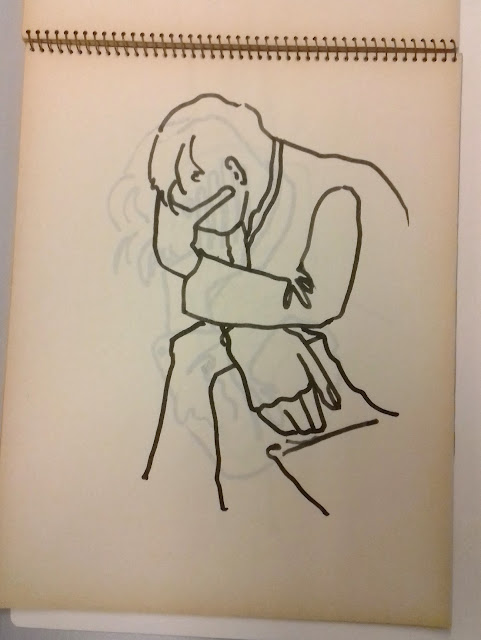 The majority of people shown are men, and many are shown smiling. Others however show people struggling with distress (as above). Certain faces reoccur, suggesting Adamson returned to them several times. 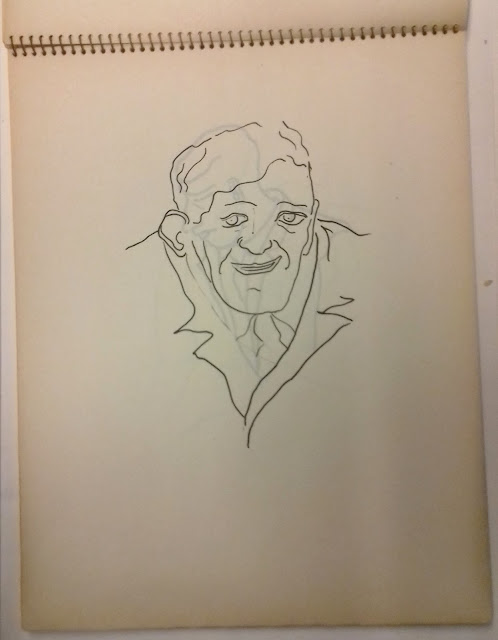 The sketches demonstrate Adamson's act of watching over the artists in his care, not as a clinician but as an artist. They also remind us of the humanity of the artists at Netherne, that they found sanctuary in the studio from an otherwise grinding life in the asylum. 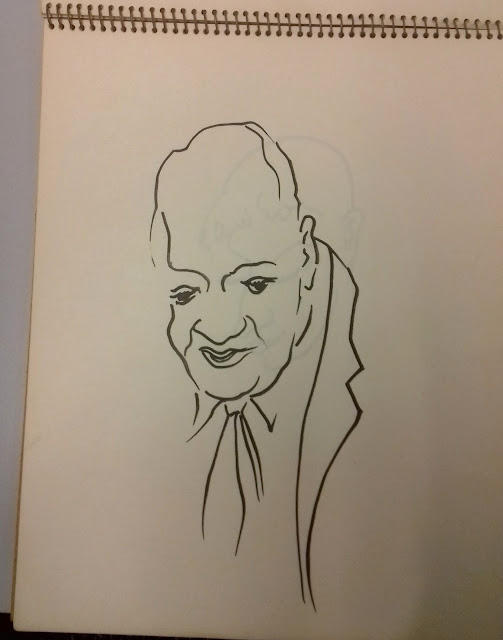 I identify with these drawings as I also drew artists at work in an art therapy studio in 2015, you can see the drawings here.
1950s art therapy asylum edward adamson netherne hospital outsider art patients sketches the adamson collection wellcome library