Reliquary for the Thames

March 03, 2019
This rusty clock case is a reliquary which holds a jawbone found on the Thames foreshore at
Blackfriars. For me it is a memento mori but also a symbol of rediscovery. Replacing the clock in
the clock case, the bone exists outside of time, we do not know what date the it went into the
Thames, or why. It is a lost memory of the city, which raises questions for which there can be no
answers.

I see the Thames as the collective unconscious of the city. Twice a day the tide washes up different
fragments which have been lost within it for decades, sometimes centuries. The process of
searching the foreshore and gathering these objects is an act of respect. Placing the discarded bone
in a reliquary raises it's value to relic.

This piece was exhibited at Fringe Arts Bath 2019 as part of an exhibition 'Enshrined'. 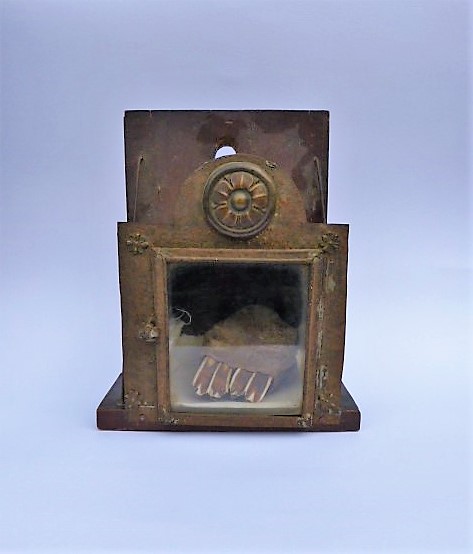