The next stage of my research project into advance directives has begun - a series of workshops with other people who have lived experience of bipolar. This is a rare opportunity to create alongside others with bipolar and gather their stories and reflections.

I invited people to bring along an object that had meaning for them, and some material to bind it with. People used everything from a beer can to a metronome, a book, a photo frame and even an antique breast pump. Each object came with its own history and symbolism. Several common themes appeared through the conversations we had. Not only did we discuss our lived experiences of bipolar and advance directives, but also control - over your illness and over your care. An unexpected theme for me was motherhood and bipolar. Whether that be losing your mother at a young age, the difficulty of being a mother with bipolar, or the desire to have a mother to support you through your illness. My co-creators had a wide range of experiences of bipolar. Some were newly diagnosed while others had had bipolar for years.

Every person brought with them their unique and varied experiences of bipolar. I am forever grateful to them for sharing their own perspectives and joining me in the research. 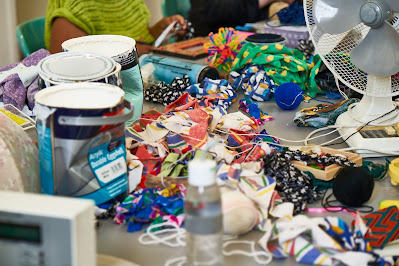