A core piece of my work in both the Art and Justice Exhibition at Bethlem Gallery and at Manchester Contemporary was called Cluster. It is a large scale soft sculpture, and people see different things in it. High up in the corner, it could be seen as a spider's egg sack, or an anatomical reference to adipose tissue. One artist saw it as boils! Several people had a warm response to it and wanted to touch it. For me it is more uncanny and strange, the title references clusters of symptoms, and clusters of people massed together. 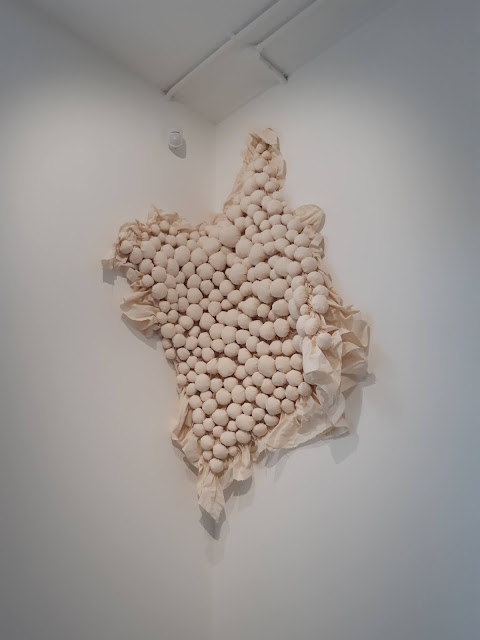 Cluster is part of a series of works which developed as part of my Mental Health and Justice commission. I found the gathered and stuffed shapes satisfying both to look at and make, so I repeated them. I experimented with combining them with concrete, plaster and melted wax. Wax recalls a childhood memory of being at a Catholic mass and playing with the wax from a giant metal stand full of candles. You can pour the wax over the fabric, or dip it in - the result is very fragile and translucent, like skin. 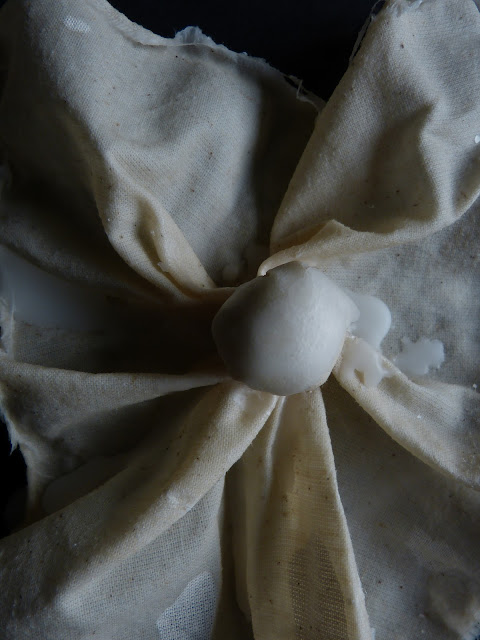 Mixing concrete with fabric may seem counter intuitive, but when enough water is added it becomes liquid enough to pour over the fabric. I was interested in concrete because it is so commonplace and often ignored or overlooked. It makes things solid and permanent, but used in this way it is also vulnerable to breaking. When packing up the works for the exhibition I labelled the boxes 'Heavy / Concrete / Fragile'. 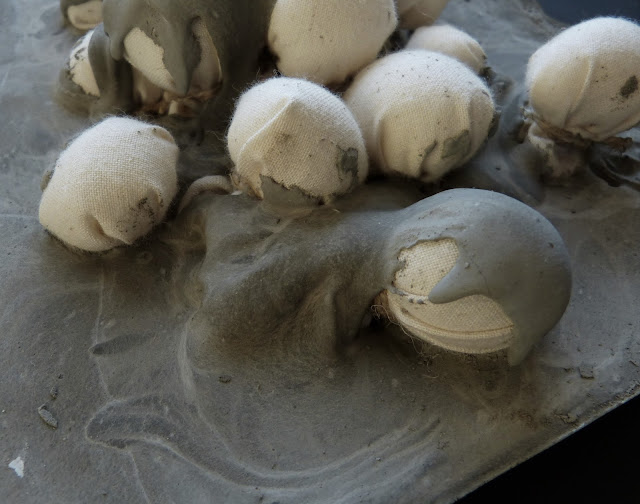 Plaster is quite commonly mixed with fabric, most notably in plaster casts for broken limbs (a kind of binding). I love the texture it gives and how it makes something soft and pliable very solid and fixed. 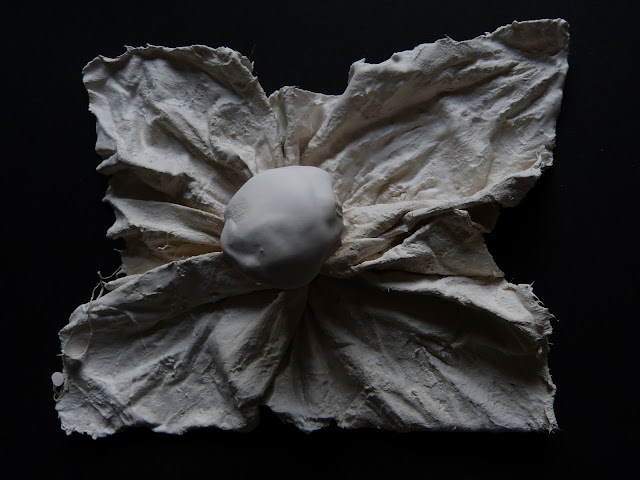 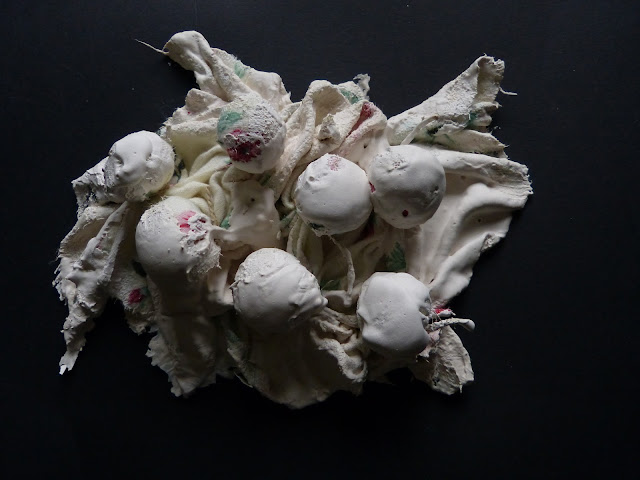